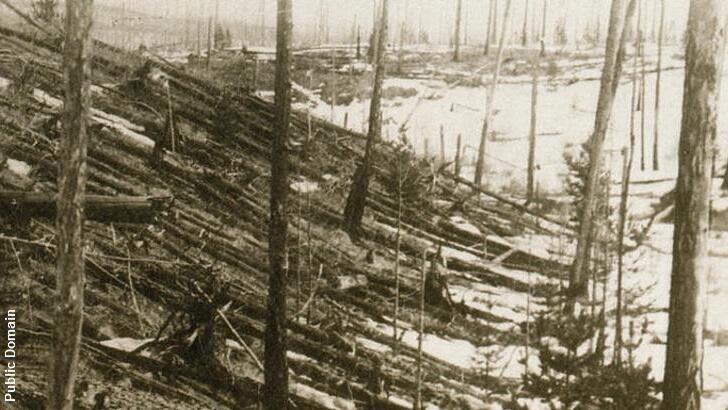 Newly published research by Russian geologists raises new questions about the infamous Tunguska blast and seems to upend one longstanding theory about the mysterious event.

It had long been suspected that Lake Cheko in Siberia was the impact site for the incoming meteorite that scientists believe caused the enormous explosion that rocked the region in 1908.

However a study on the sediment found at the bottom of the lake reveals that the site is nearly 300 years old and, therefore, could not have been created by the Tunguska event.

Amazingly, the findings indicate that whatever caused the blast, which wiped out over 750 square miles of Siberian forest, apparently left no crater behind.

As such, scientists are left to grapple with determining how a meteor entering the atmosphere could both cause the enormous blast while also being entirely incinerated and thus not hitting the earth.

The paradoxical problem opens the door for other Tunguska explanations that had previously been pushed to the periphery.

These include prosaic possibilities such as a natural gas explosion as well as paranormal ideas like a UFO event or an experiment from Tesla that went awry.

Although the Tunguska event has managed to vex researchers and scientists for over a century, the new study suggests that the site may still hold some clues as to what happened that fateful day in 1908.

Coast Insiders looking to learn more about the legendary Tunguska event can check out the 5/29/2005 edition of the program which featured Russian UFO researcher Paul Stonehill.