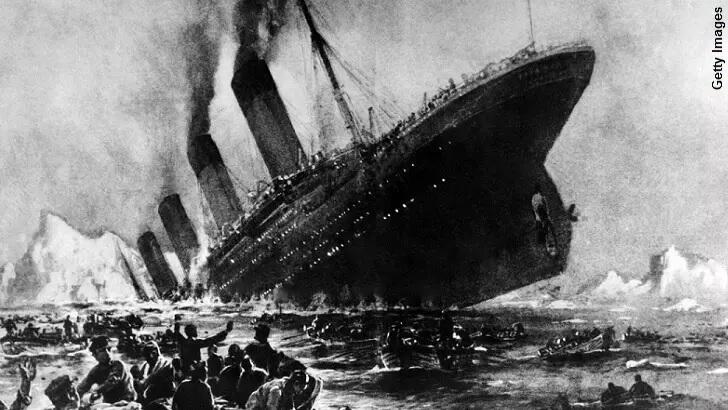 An intriguing new theory argues that the sinking of the Titanic may have been caused in large part by the effects of solar activity. The thought-provoking idea was reportedly put forward by weather researcher Mila Zinkova, who developed the hypothesis after noticing that a pair of eyewitnesses from the event noted an eerie glow in the sky, later identified as the Northern Lights, as the disaster unfolded. Arguing that most Titanic researchers have, thus far, failed to take these stories into account when looking at the ship's demise, she posited that these unique conditions could have had a significant hand in the tragedy.

Specifically, she theorizes that the ship's navigation system may have gone askew due to the space weather's influence, leading to the vessel being taken off course and inadvertently sending it into the infamous iceberg that dealt the fatal blow to the passenger liner. Additionally, Zinkova postulated that the wireless communication system aboard the Titanic would have fallen victim to the magnetic storm and led to critical distress signals being delayed.

Interestingly, she observed that one of the ships which came to the rescue of the Titanic had been given incorrect coordinates for where the sinking vessel could be found, which she attributed to compass errors brought about by this solar activity. However, in this instance, confusion turned out to be beneficial as the wrong directions wound up leading rescuers to people fleeing the disaster on lifeboats. Recovery of the displaced passengers may have also been aided by the Northern Lights visible at the time, Zinkova believes, as they would have provided extra light for the harrowing task.