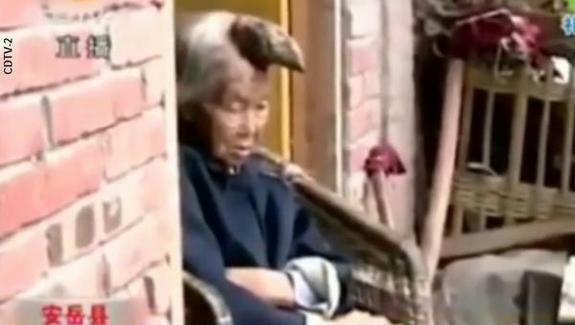 An elderly Chinese woman, 87, has mystified the world with a unicorn horn purportedly growing from her head and now her son is fearful of having it removed. Liang Xiuzhen, a resident of a small village in south-west China’s Sichuan Province has been known for years as the “unicorn woman’ after the abnormal growth first appeared, jutting out from her forehead. More on the story here.