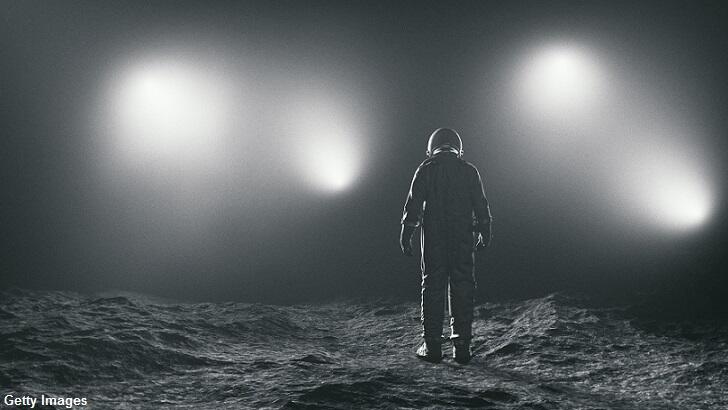 With the 50th anniversary of the famed Apollo moon landing only days away, a new survey asked Americans for their take on the controversial theory that the entire event was a charade. The much-maligned 'Moon Hoax Theory' has been a hot topic of conversation in recent weeks as part of the march towards this coming Saturday's celebration of the lunar landing. How many people really believe in the outlandish idea has largely been subject to speculation, but a recent poll provides something of an indication.

According to the website Satellite Internet, which conducted a survey of 500 Americans, 10% of the people polled indicated that they believe that the moon landing was fake. Remarkably, this is a fairly considerable increase from the 6% who backed the Moon Hoax in a 1999 Gallop poll. It also seems to confirm concerns expressed by a NASA historian a few months ago that the conspiracy theory was poised to become more popular as the memory of the moon landing fades.

To that end, an intriguing demographic breakdown included in the survey found that the conspiracy theory was most popular among people aged 18 to 34, which constituted 18% of the pro-hoax crowd. Among individuals aged 54 and above, who would presumably remember the event unfolding before their eyes, only 3% said that they thought they moon landing was fake.

Despite the best efforts of scientists and space historians to debunk alleged evidence for the Moon Hoax theory, it would appear that these so-called 'clues' continue to resonate with those who doubt that the landing happened. Cited as their reasons for believing in the conspiracy theory, respondents pointed the lack of movement from the American flag when it was shown on the moon (41%), disbelief that the lunar atmosphere would allow for a footprint to be made (14%), suspicions that the Van Allen Belt would have killed the astronauts (12%), and curious shadows in photographs from the event (10%).