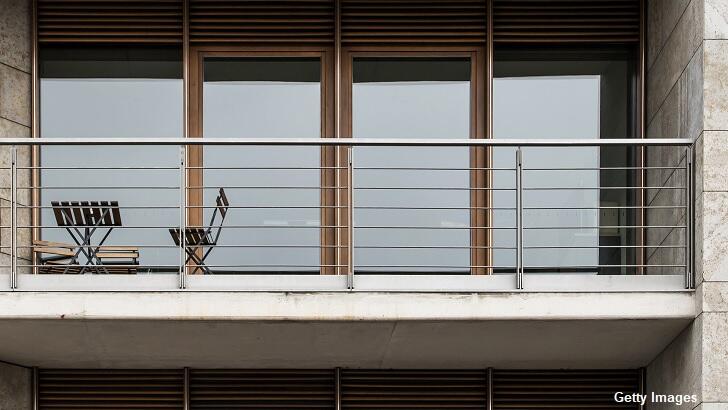 Believing that their home is haunted, a French family has spent the last month sleeping in a tent on their balcony in order to avoid the unsettling paranormal activity that has disrupted their lives. The strangeness reportedly began last September when they took up residence in a new apartment located in the community of Replonges. Although their new home initially seemed like a perfect fit for the couple, known only as Patricia and David C., and their two children, trouble started brewing almost immediately after they moved into the location as they began seeing mysterious "black shadows" lingering around the apartment.

Shortly thereafter, the family says that they began experiencing significant paranormal activity in the home with lights and appliances randomly turning off, phones suddenly becoming frozen, and "strange noises" coming from their dishes. Understandably concerned by the incidents and apparently convinced that they were paranormal in nature rather than something prosaic that the building manager could fix, they enlisted a type of psychic healer in France known as a magnetiseur. Such individuals are said to have mastered or are gifted with the ability to use magnetic energy in all manner of 'magical' ways.

In this instance, the magnetiseur could allegedly sense spirits and, upon visiting the home, determined that it was haunted by the spirit of a woman from the 19th century. Unfortunately for them, the ghost was not a fan of the family, which is why it had been causing a ruckus in the home since they first arrived. The predicament became all the more problematic because they are unable to move out of the apartment and the managers of the complex were not swayed by the magnetiseur's analysis. And so, at their wit's end, the family took the dramatic measure of setting up a small tent on their balcony in order to avoid their proverbial and possibly literal roommate from hell.