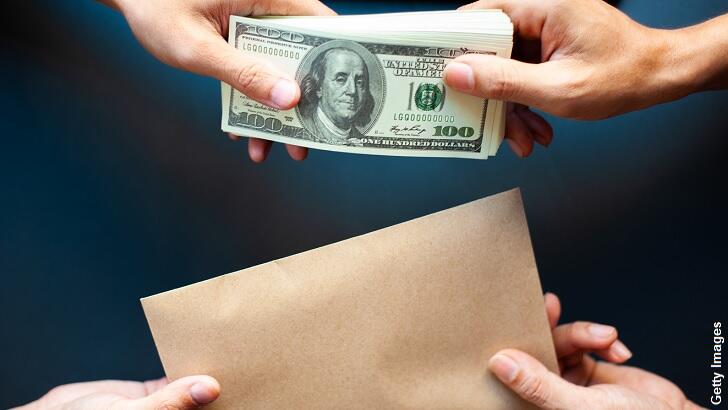 Tarot Reader in Omaha Accused of Pulling $20,000 Switcheroo on Client

In an odd story out of Omaha, a woman contends that she was bilked out of a sizeable sum of money by a tarot card reader who allegedly pulled a rather brazen switcheroo on her in order to pilfer the funds. According to a local media report, the unnamed client came into contact with the self-styled psychic by way of Facebook and, for reasons unexplained, enlisted their help to bless a staggering $20,000 in cash. Upon coming to some sort of agreement on the curious consultation, the tarot reader ventured to the woman's home this past Saturday morning to imbue the money with good fortune. Alas, the client says, the ceremony turned out to be an elaborate ruse as it appears to have merely been a means to steal her money.

Amazingly, at some point during the proceedings, the tarot reader is said to have swapped the woman's bundle of cash with a carefully crafted stack of newspaper clippings with one dollar bill atop the wad of 'money' which was subsequently stuffed inside of an envelope. Like a sinister magician, the Tarot reader managed to pull off this sleight of hand without the client catching on until later in the day when she went to look at the 'blessed' cash and discovered that it had been 'transformed' into a worthless stack of paper. The woman has since reported the incident to Omaha police in the hopes that they can catch the tarot reader, who has presumably fled the area with the ill-gotten funds, and possibly recoup the lost cash.