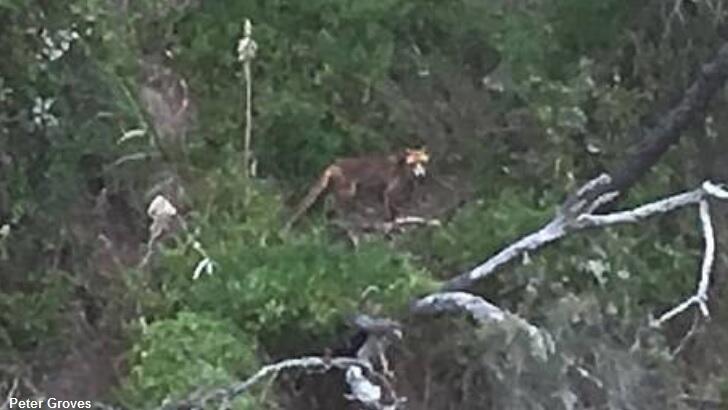 An Australian man suspects that he may have encountered and photographed the infamous Tasmanian Tiger. Known scientifically as a thylacine, the canine-like creature was declared extinct decades ago, but, like a ghost, has lingered in the minds of many Australians who believe that the animal may not have actually died out and could still exist to this day. Although such a hypothesis has largely been dismissed by scientists, photos and videos of potential Tasmanian Tiger sightings have kept the theory alive for all these years.

The latest piece of evidence to emerge comes courtesy of a man named Peter Groves, who was reportedly walking along a trail in the coastal town of Clifton Springs when he noticed an odd animal off in the distance. According to him, the creature did not appear to be perturbed by his presence and the two watched each other for about five minutes before the animal exited the area. Fortunately, Groves had the wherewithal to pull out his cell phone and take a picture of the mysterious beast.

Although he admits that the image is somewhat blurry, Groves notes that it does show a number of interesting features possessed by the animal, including what appears to be the trademark stiff tail of the thylacine. Conceding that "it could just be a mangy fox," he expressed some doubt as to this explanation because the animal looked to be bigger than one might expect such a creature to be. Intriguingly, Graves says that this was his second run-in with the creature as he had also spotted it a few weeks earlier, so perhaps he'll get the chance to see it again sometime soon.

What's your take on the tantalizing image? Is it the Tasmanian Tiger or simply a run-of-the-mill animal mistaken for the lost creature? Share your thoughts at the Coast to Coast AM Facebook page.