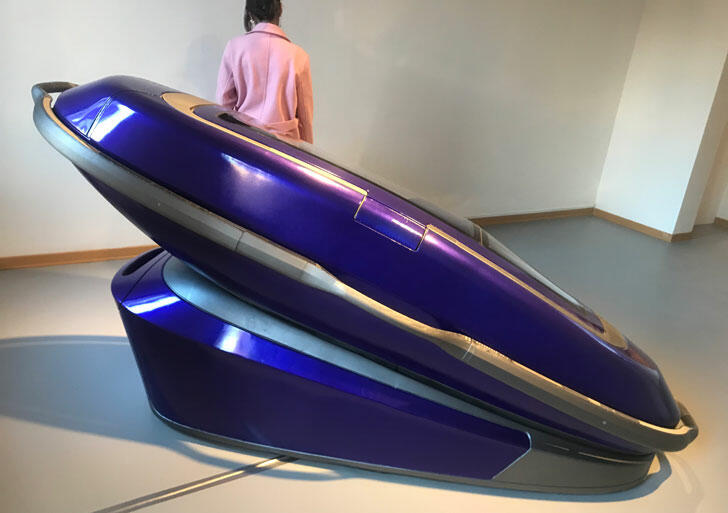 In tandem with her appearance on the 2/14/21 show, Jenny Kleeman shares photos from her new book, Sex Robots & Vegan Meat: Adventures at the Frontier of Birth, Food, Sex, and Death. Pictured above: This is Sarco 2.0, a 3D printable death machine developed by Dr. Philip Nitschke, AKA Dr. Death. Sarco promises to give users a peaceful death at a time of their choosing. It also doubles as a coffin. It was on display for the first time at Venice Design 2019. 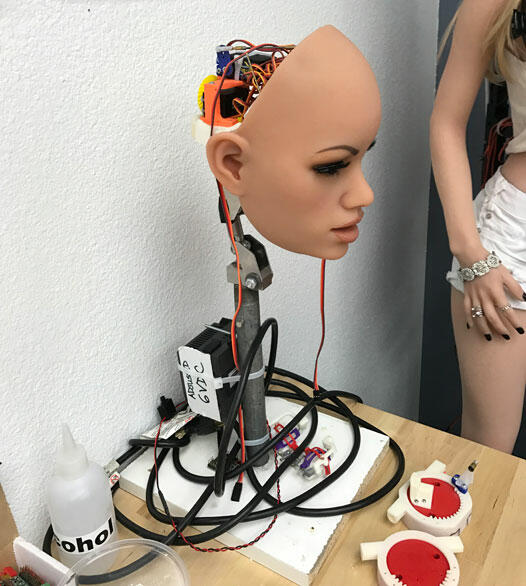 Robotic head - A prototype animatronic head in the RealBotix lab of Abyss Creations, enabled with artificial intelligence. When this is put on a RealDoll body, it becomes a sex robot. 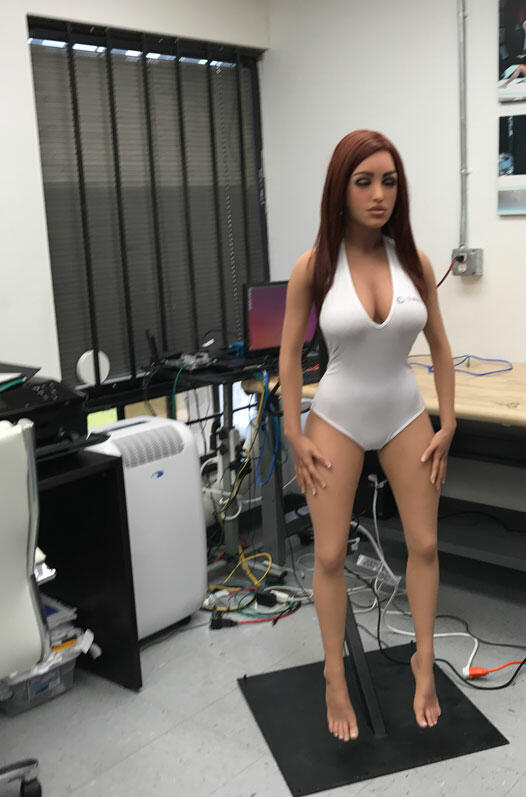 Harmony - This is Harmony 2.0, the second prototype sex robot developed by the RealBotix team at Abyss Creations. Jenny Kleeman interviewed Harmony and her creator, Matt McMullen, while researching her book. 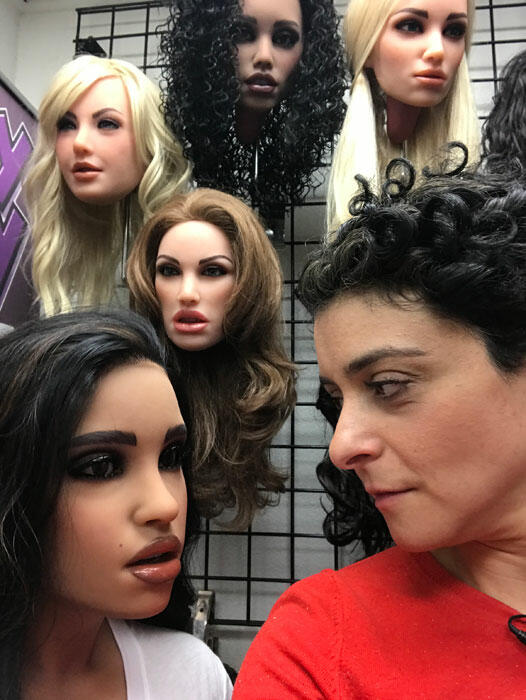 Jenny and Faces - Jenny Kleeman poses with a selection of RealDoll faces. These hyperrealistic faces are highly customizable, down to every last freckle. They are also interchangeable and snap on to the RealDoll "skull" with magnets. It's possible to buy several different face options and have different looks for the same doll body. 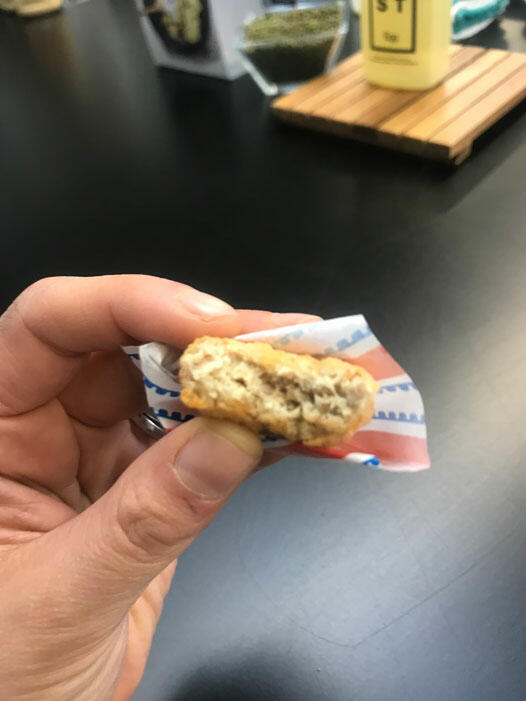 Nugget with bite - This chicken nugget was grown in a laboratory from the cloned flesh of a chicken who was still alive at the time of eating. Jenny Kleeman bit into this nugget in 2018. The company that made it, now called EatJust, have just become the first company worldwide to win regulatory approval for lab grown meat, and put it on the market in Singapore.