Home > Articles > Terrifying 'Tree Creature' in Poland Revealed to be a Croissant
April 15, 2021 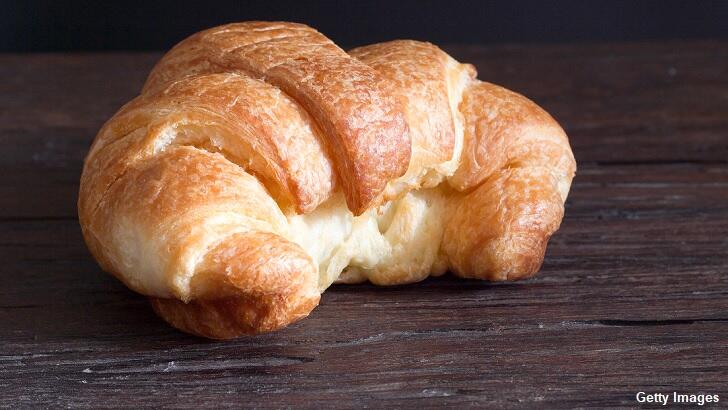 Terrifying 'Tree Creature' in Poland Revealed to be a Croissant

A Polish animal welfare organization had a good laugh after they responded to a report of a terrifying tree creature and discovered that the 'menacing beast' was merely a croissant. The strange incident reportedly occurred earlier this week in the community of Krakow when a concerned resident frantically phoned the city's Society for the Protection of Animals with a truly strange problem. A mysterious creature, she declared, had taken up residence in a tree across the block from her home and the animal was so unsettling that "people don't open windows because they're afraid it's going to enter their house!"

Insisting that the oddity was not a bird, the hysterical caller theorized that it was possibly an iguana, which left the animal welfare group wondering if they were on the receiving end of a prank, since such a creature could not survive the current cool temperatures in the city. Nonetheless, they reasoned that people often release pets that they no longer want to care for and perhaps that would explain how such a reptile wound up in a tree. Upon their arrival, workers from the organization set about searching for the mysterious creature that had so unnerved the caller and eventually came upon an oddity lurking over their heads in a lilac tree.

Recounting the call on their Facebook page, the group observed that the 'monster,' which can be seen below, was small, brown, and, sadly, appeared to sport neither a head nor any limbs. Their concern for the creature's well-being quickly turned to amusement when they got a better look at it and realized that it was actually a croissant. The amused organization speculated that the pastry was likely tossed out of someone's window and wound up stuck in the tree, where it inadvertently set off the panic which brought them to the site. Insisting that the tale was true and the caller's concern genuine, the group stressed that she did the right thing by reporting the 'creature' even though it wound being a croissant.