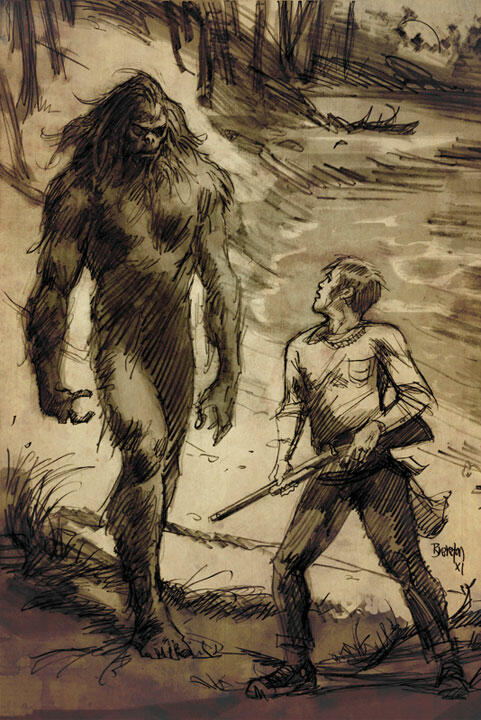 Lyle Blackburn shares two images in tandem with his 4/24/12 appearance. On the left is an illustration by Dan Brereton of a young hunter encountering the Fouke Monster in the 1960s. The other illustration, by Justin Osbourn, depicts the Beast of Boggy Creek, which the Fouke Monster was later called.