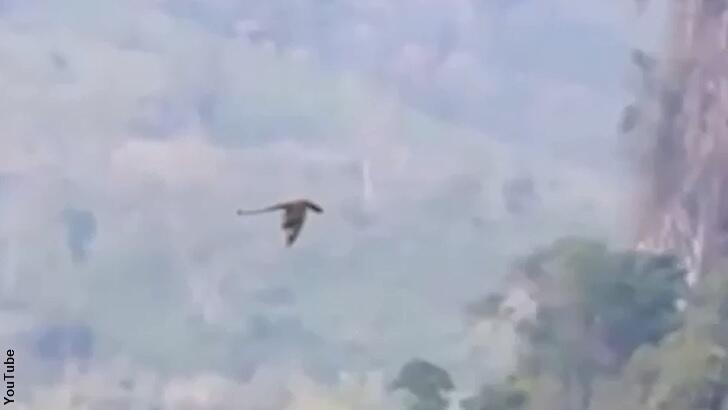 The Coolest & Craziest 'Creature' Sightings of 2016

While Bigfoot may be the 'big daddy' of the cryptozoology world, there were a number of other fantastic creatures that managed to snag some of the spotlight throughout 2016.

Chief among them was the iconic cryptid Nessie, who had another prolific year, being spotted by a handful of tourists and even appearing in what was dubbed the creature's 'best photo ever.'

Emerging on the scene in a big way towards the end of 2016 was the legendary Tasmanian Tiger which may have been captured on film quite a few times.

Although probably not the infamous chupacabra, a ghastly creature killed by a farmer may be the closest thing to the notorious goat sucker seen this past year.

In the realm of flying beasts and oddities, there was video footage from China which apparently showed a dragon soaring through the sky and a series of photos taken in West Virginia that some say may show the Mothman.

Not to be outdone, the undersea world provided a bevy of purported 'sea monsters' such as two different anomalies filmed in Alaska and an unexplained creature spotted lurking deep in Lake Tahoe.

Across the pond, there was also suspicion that Nessie may have a neighbor after a mysterious 'creature' was filmed in London's River Thames.

And, of course, who could forget 'Wessie,' the giant snake seen in Maine who became a quasi-celebrity over the summer.

Whether it was faeries photographed in Wales or giants spotted on Google Earth, 2016 was never short on amazing oddities that left us wondering what exactly we were looking at, such as the truly perplexing 'walking creature' filmed in a Portuguese desert.

Though we're rather thankful to have not encountered any of these strange creatures in the flesh, fortunately someone else did and managed to share the experience with the world this year.

Who knows, perhaps next year you'll be the one behind the camera, scrambling to get a picture or video of an anomalous creature that just so happened to cross your path.