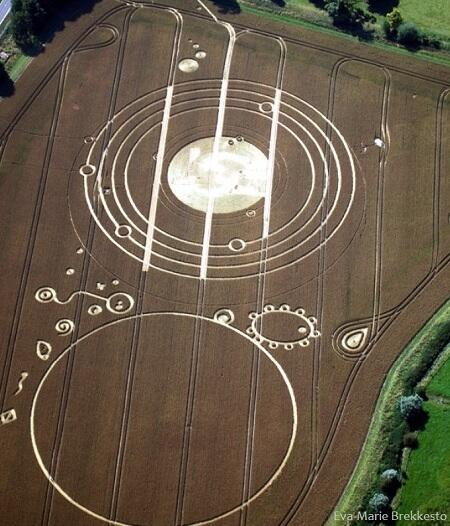 Sunday night's guest, Marshall Masters, discussed this crop formation which he believes is a key warning of events that will unfold in 2012. Dubbed the "Planet X Avebury Formation," the elaborate enigma appeared in July of 2008 in Avebury, England and was larger than three soccer fields. As stated on his website, Masters contends that the phenomena "portends a global tribulation in which life as we know it will come to an end."