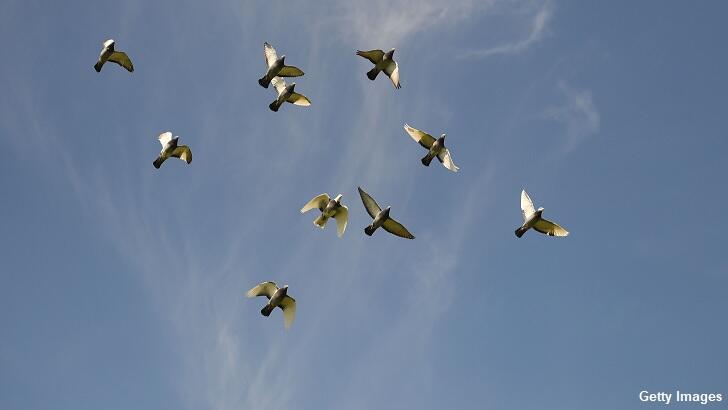 Pigeon racing enthusiasts throughout the United Kingdom are scratching their heads over a mysterious turn of events wherein thousands of birds vanished during different races that took place on the same day. The very weird case reportedly unfolded on Saturday, June 19th as approximately four dozen events were being held in various communities across the UK. The competitions feature specially-trained homing pigeons that are released with the goal of traveling over a considerable distance to a proverbial finish line. On this particular weekend, however, things took a bizarre turn in what one enthusiast reportedly described as "one of the very worst ever racing days in our history."

It is believed that around 250,000 birds were released during the different events that day and, strangely, only an estimated ten percent of the pigeons ever returned to their respective owners. One bewildered trainer who participated in a race lamented that "of the 1,400 that went out, only about 200 to 300 made it home." Although Dene Simpson initially thought that perhaps the disappearance of the birds was an isolated incident, he quickly realized that the entire pigeon racing community was talking about something strange that had occurred that day. "When we looked on social media later on," the trainer explained, "we saw that lots of other federations around the UK had experienced something similar."

To that end, approximately 5,000 pigeons are believed to have gone missing from a different race in England, while a trainer in another community lamented that around 300 of the birds had vanished during an event held at the same time. All told, a staggering number of the animals are believed to have been lost over the course of the day and their heartbroken trainers are at a loss to explain what could have happened. Since homing pigeons rely on the Earth's magnetic field for guidance, it is suspected that some kind of solar event may have disrupted their natural navigation system. This would seem to be bolstered by the fact that some of the birds have since returned, while others have been turned up in unexpected locations like Holland and Majorca.