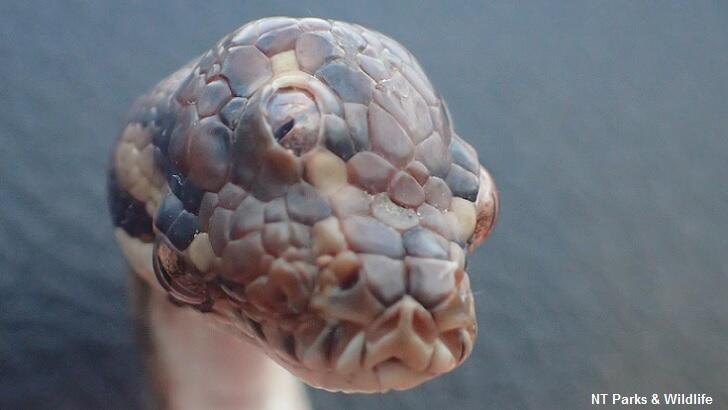 Park rangers in Australia were positively gobsmacked when they stumbled upon a unique-looking snake that sported three eyes. The python was reportedly found by workers with the Northern Territory Parks and Wildlife department alongside a highway near the delightfully named town of Humpty Doo. According to a Facebook post showcasing the curious creature, the juvenile snake measured around 16 inches long.

Remarkably, the department x-rayed the snake in an attempt to learn more about the nature of its condition and found that "it was not two separate heads forged together." On the contrary, their examination determined that "it appeared to be one skull with an additional eye socket and three functioning eyes." Experts with the organization theorized that the third eye developed during the snake's embryonic stage and that it was probably a "natural occurrence" since "malformed reptiles are relatively common."

Alas, while the three-eyed python dubbed 'Monty' is being celebrated today, its story actually has a rather sad ending. That's because workers with the wildlife department revealed that the creature had a difficult time feeding and subsequently died shortly after being captured. Nonetheless, Monty's remains have been sent to a research center where the snake will live on, so to speak, which may turn out to be a better fate than had the snake simply been snatched by a predator.