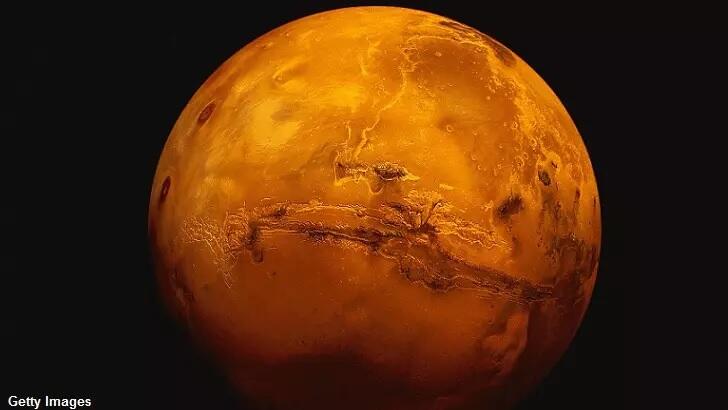 Scientists studying data from the European Space Agency's Mars Express orbiter have discovered a trio of subterranean lakes hiding beneath the surface of the Red Planet. The remarkable findings, which were made by a team of researchers at Roma Tre University in Italy, were revealed in a paper published on Monday. The authors explained that the discovery came about by happenstance as they were initially attempting to confirm the existence of an underground lake on Mars that was first detected back in 2018.

"Taking into account more data and analyzing it in a different way," ESA explained in a press release, the were only able to confirm the presence of that first lake, but "three new ponds have been discovered." According to the research, the largest lake measures approximately 12 by 18 miles and is surrounded by the trio of newfound bodies of water which measure around six by six miles. The team indicated that there is a possibility that the four lakes could be interconnected, although that is merely theoretical until additional observations can be made.

On that note, what might be contained within the lakes is another mystery which could take quite some time to solve. That's because they are located beneath a nearly mile-thick layer of ice and, at the present time, we do not possess the technological ability to send something to Mars that can drill that deep into the surface of the Red Planet. As such, if there is any evidence for life in the newly discovered waters, it will remain tantalizingly out of reach for the time being unless additional and more accessible lakes can be found.