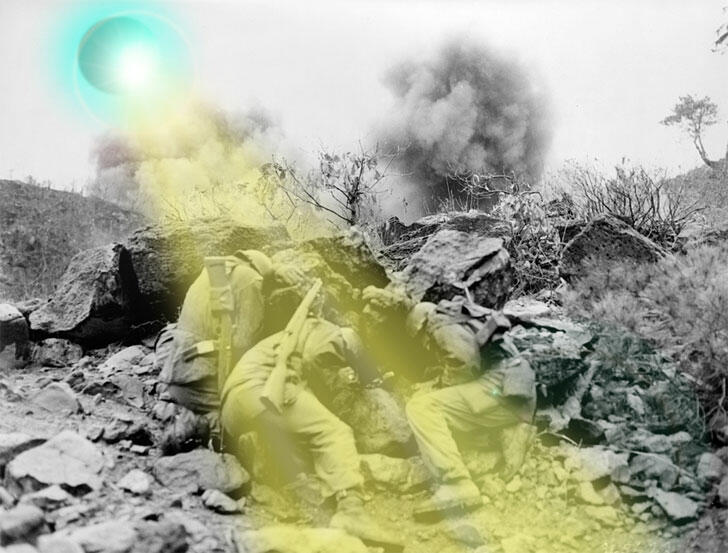 In tandem with his appearance on the 1/13/21 show, Tim Swartz shares images related to his presentation on UFOs and aliens. Illustration pictured above: In May 1951, during the Korean War, a regiment of U.S. soldiers shot at a UFO with armor-piercing bullets. The UFO responded by aiming a burning "spotlight" on the soldiers. 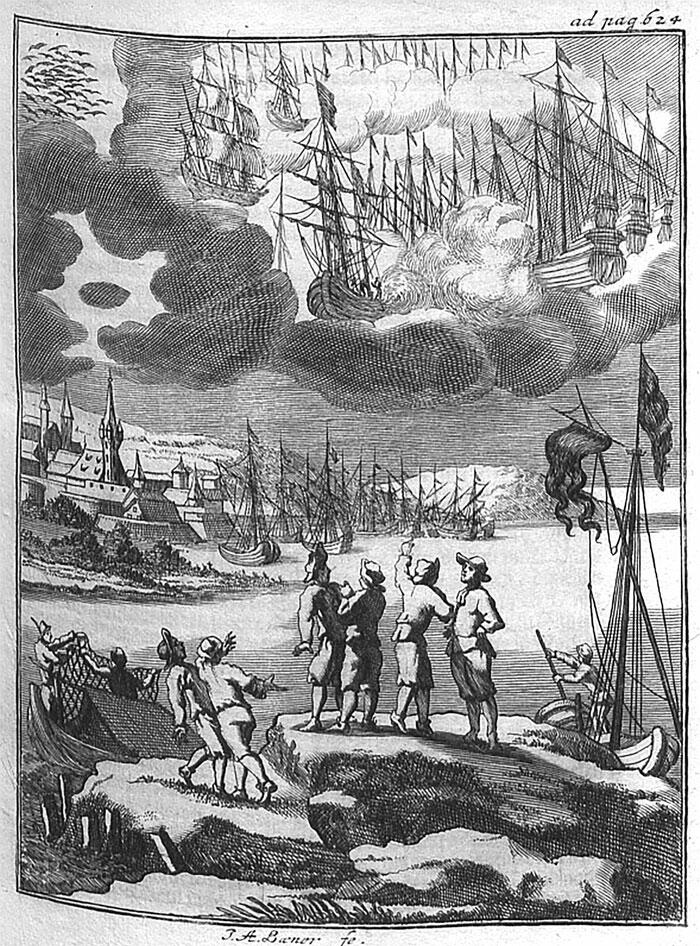 In a 9th-century Latin manuscript, "Liber Contra Insulam Vulgi Opinionem de Grandine et Tonitruis," Agobard, the Archbishop of Lyons, complained about the French peasant's belief in a "certain region called Magonia from whence come ships in the clouds." In 1211 AD, churchgoers in the borough of Cloera, Ireland, seized and killed a man from Magonia as he tried to untangle an anchor from a "sky ship" that had gotten tangled in a fence. 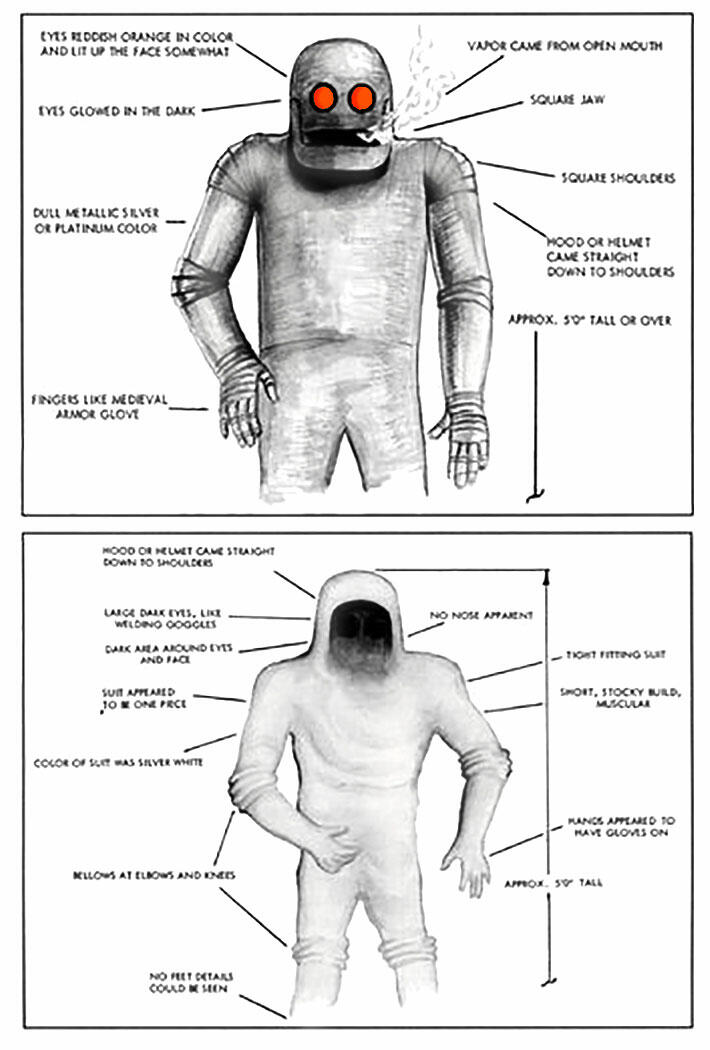 On September 4, 1964, a hunter named Donald Shrum shot arrows at a "robot-like" creature that had cornered Shrum in a tree at Cisco Grove, California.