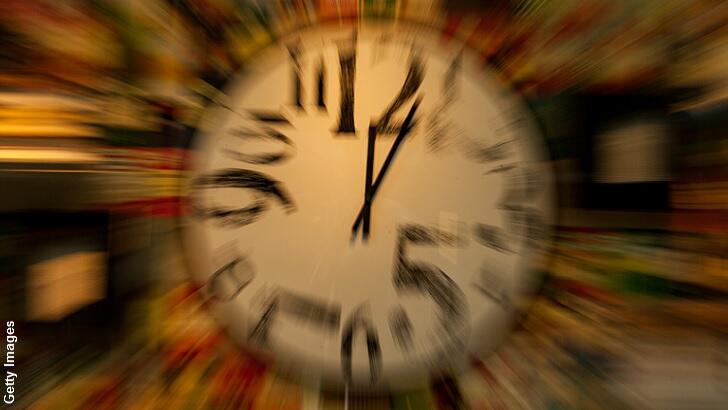 Cops in Casper, Wyoming recently responded to a rather strange call about a man claiming to have come from the future!

According to authorities, Bryant Johnson was causing some kind of disruption at a residence in the city by insisting that he was a time traveler sent to save humanity.

The young man weaved a remarkable tale in which he had purportedly come from the year 2048 and that his mission was to warn modern day residents of Casper that aliens would be arriving next year.

Hoping to keep the citizens of the city safe from the impending ET invasion, Johnson reportedly requested to speak to the president of Casper.

Such an administrative position obviously does not exist, but, in fairness to the self-proclaimed time traveler, it very well may in the year 2048, which could explain his confusion.

That said, as one may have surmised by now, police contend that Johnson did not break the laws of space and time, but actually violated a more mundane ordinance by way of being publicly intoxicated.

In an attempt to explain his drunken state, he actually insisted to the officers that it was the aliens' fault as they filled him with alcohol so that his body could, ostensibly, survive the rigors of time travel.

However, he also groused that this journey was far from flawless as the ETs allegedly sent him back to this year by accident when he was really supposed to be going to 2018.

While one would be wise not to parse Johnson's words too closely, for those keeping score at home, it should be noted that this faux pas from the aliens would mean their impending invasion will occur in 2019 and not next year.

So if you're a resident of Casper who is concerned about the arrival of our ET overlords, you've apparently got an extra year to make your escape, thanks to the aliens' time machine miscue.