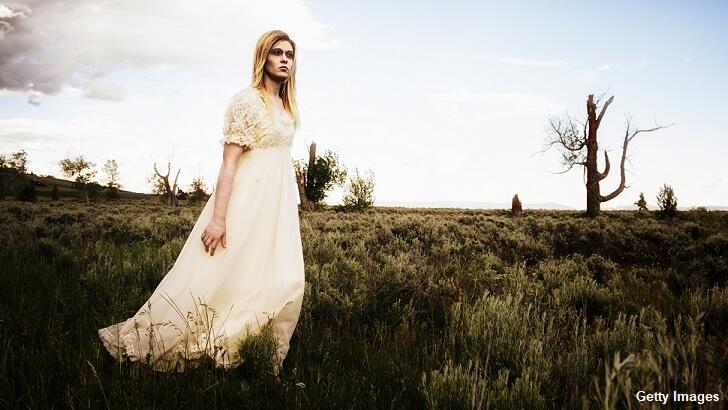 In an eerie story out of California, a three-year-old boy seemingly spotted a ghost during an outing with his family and the spooky incident actually led to the authorities investigating the matter as they suspected that it might be related to a missing woman. According to a local media report, the very weird case occurred last Wednesday when Jake and Victoria Gorba took their three sons on a trip to Shuteye Peak in the Sierra National Forest. As the family was eating lunch during a break in their afternoon adventure, they noticed that their young son Kaiden was captivated by something in a nearby meadow.

When asked what he was looking at, the tot told his parents that "there’s a lady over in the meadow in a black shirt." Chillingly, Kaiden went on to inform them that "she needs our help but she’s dead and she’s laying face down with her legs up and she can’t talk to me but she’s over there, we need to go help her." When the boy's parents ventured over to the area to see what their son was talking about, there was nothing there. Be that as it may, the three-year-old insisted that he was telling the truth about the woman in the meadow. Unsettled by their son's experience, the family opted to head home and later recounted the strangeness of their day on Facebook.

Their story soon took became even more bizarre when they discovered that a woman named Sandra Hughes had vanished from the area around a year ago. At the time of her disappearance, she had been wearing a black shirt, blue jeans, and had blue hair. Amazingly, that is precisely how Kaiden described the dead woman that he witnessed in the meadow, including her rather unique hair color. The peculiar nature of the boy's sighting apparently caught the attention of a police officer who is investigating the Hughes disappearance and he enlisted the family to return to the site with him to further investigate. Alas, the search yielded no new clues, though one can't help but wonder if the boy really did spot the spirit of the missing woman