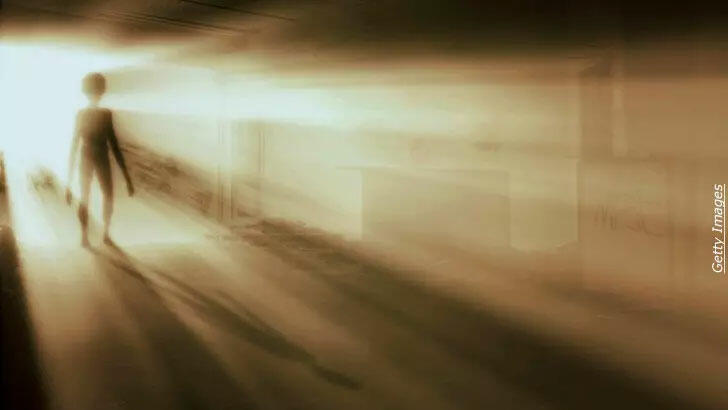 As we celebrate Labor Day, we take a look back at some of the strangest stories of this past summer. Join us on our countdown into weirdness!

10) Ghost Photographed at Colorado's Notoriously Haunted Stanley Hotel? – Did a tourist catch a genuine specter lingering in the hotel that inspired 'The Shining'?

9) Massive 'Mr. Peanut' Balloon Mistaken for UFO Over Toronto Suburb – Up in the sky! It's a bird, it's a plane...it's Mr. Peanut?

8) Eerie Face Mysteriously Appears Behind Girl Riding Down Slide in Mexico – Like out of a horror movie, footage appears to show a ghostly face suddenly appear behind a little girl as she descends a slide.

7) 'Flying Saucer' Filmed in Alaska – While not an ET craft, this video from early August is an example of the uncanny mirage phenomenon known as 'Fata Morgana.'

6) 'Ghost Pants' Caught on Film? – The Emperor may have no clothes, but this pair of pants racing down the sidewalk presumably has no one inside them!

4) Colombian Mayor Shares Video of Ghost Attacking Security Guard – Was a sinister spirit on the prowl in the city of Armenia? Footage seemingly shows a man being violently thrown by an unseen force.

3) Bigfoot Filmed Crossing River in Michigan? – This very intriguing video seems to show a bipedal creature holding something in its arms. Could it be a baby Sasquatch?

2) Weird 'Shapeshifting UFO' Filmed by Bewildered Airline Passenger – A puzzling anomaly from July really captured our readers' imagination as the object morphs from a circular form to an almost stick-like shape.

1) Eerie 'Alien' Figure Filmed in India – This viral footage from June grabs the #1 spot on our list! A tall glowing white figure with unusually long limbs wanders down a road, illuminated by headlights. Just who or what was it?