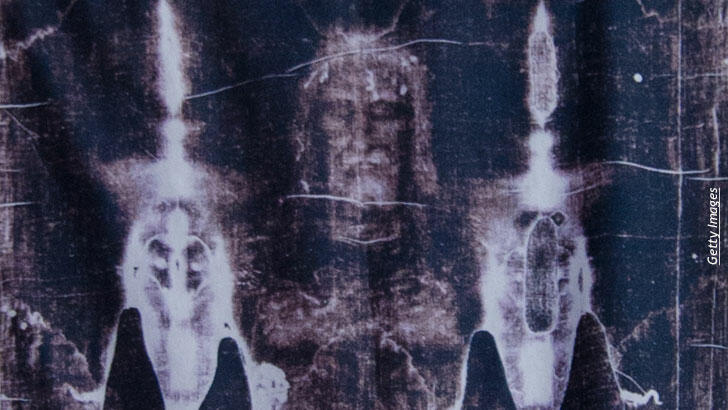 A remarkable new study looking at the markings on the controversial Shroud of Turin may shed new light on their origin.

Researchers in Italy say that an examination of the Shroud's fibers revealed that they contain 'nanoparticles' which seem to strengthen the case that the cloth was once wrapped around a victim of torture.

According to their study, these tiny particles feature biological elements that sport chemical signatures, specifically creatinine and ferritin, indicative of someone who has suffered repeated traumas rather than having come from a healthy human being.

The very presence of blood traces on the Shroud strongly challenges the contention of skeptics that the visage seen on the cloth is merely a painting.

This is because these precise nanoparticles can only be spotted using advanced electron microscope technology available in the modern age.

Therefore, it would stand to reason that the presence of the particles on the Shroud is beyond both the ability and imagination of a presumptive hoaxer from centuries ago.

Nonetheless, one would assume that the results of the study will be closely scrutinized by doubtful observers who insist that the cloth is more artwork than artifact.

And, of course, it should be stressed that even if the conclusions surrounding the nanoparticles are correct and they did come from the blood of someone who died an extreme death, the identity of that person cannot be definitely shown to be Jesus Christ.

Unfortunately, proving such a thing may be beyond the capabilities of any technology now or ever and so that aspect of the case will almost certainly be debated long into the future.

Coast Insiders can learn more about the Shroud of Turin by checking out our recent program featuring researcher Russ Breault, who has been studying the relic for over 25 years.