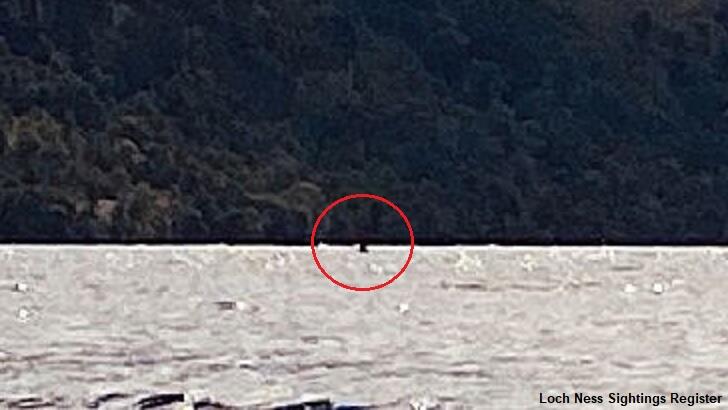 A tourist who recently visited Loch Ness suspects that he may have snapped a photo showing the site's legendary monster. The image in question was reportedly taken by an individual identified only as Mr. Van-Schuerbeck, who says that he was at the famed location in Scotland late last month while on vacation with his family. Upon returning home, the man was looking over his photos from the trip and spotted, in one of the pictures, a puzzling form that can be seen emerging from the water.

Alas, since Van-Schuerbeck did not notice the oddity until after his visit to Loch Ness, the curious potential creature managed to avoid being observed at the time the picture was taken and, as such, we're left with only the admittedly hard-to-decipher image as evidence of the event. Be that as it may, the tourist subsequently submitted the photo to the Loch Ness Sightings Register, where it was accepted as the 7th report of the year and, remarkably, just the second time in 2020 that Nessie may have appeared to someone at the actual site rather than by way of a webcam.