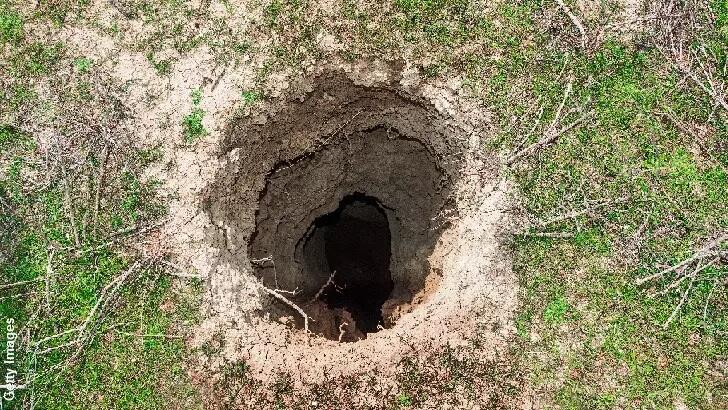 In an unfortunate story out of India, a pair of men who had been led to believe that there was a treasure hidden in their backyard perished by way of an accident that occurred during their dig. According to a local media report, the tragic tale actually began last October when a purported sorcerer told a family in the community of Chennai that untold riches had been buried on their property. Taking the 'magical' man at his word, they subsequently spent a staggering six months digging a massive 50-foot-deep pit in their yard until this past Sunday when disaster struck.

Following what one assumes was a fairly sizeable storm, the chasm that the family had created became flooded and, in turn, they lowered a motorized pump into the pit to drain it. Once that problem appeared to be solved, two of the treasure hunters descended down into the hole to continue the dig, but they were quickly overcome by noxious gas presumably left behind by the machine. Other members of the family eventually suspected something was amiss and, upon checking on the men, discovered that their unconscious bodies at the bottom of the shaft.

Although they were able to retrieve the treasure hunters and transport them to the hospital, it was all for naught as they passed away shortly thereafter due to what doctor's say was exposure to poisonous gas. Chillingly, authorities investigating the case discovered a skull as well as "materials used for black magic" at the site and suspect that some kind of human sacrifice may have taken place at the location. And, as is often the case with stores of this nature, the sorcerer who started it all is nowhere to be found, having fled the area once things had gone terribly wrong.