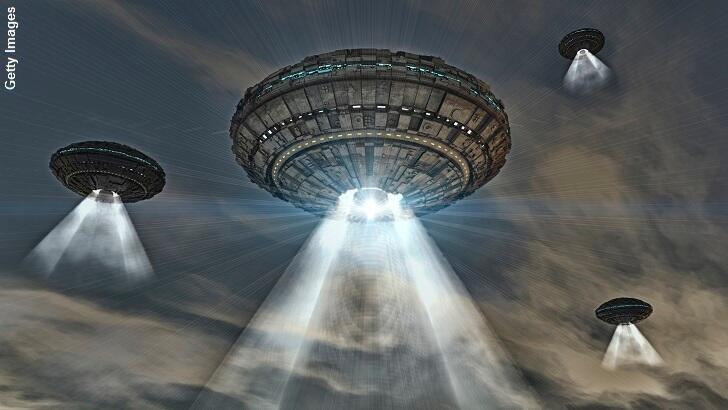 An alleged series of fantastic UFO sightings in Turkey that spawned a brief frenzy online and breathless headlines in the media has turned out to be a rather clever hoax.

The furor began over the weekend when numerous people began posting on social media about mass UFO sightings in Turkey using the hashtag #ufoattacktoturkey.

Alternative media sources that track UFO trends picked up on the story and fanned the flames of the purported 'invasion' in a series of YouTube videos claiming to contain videos of the events from witnesses in Turkey.

Shortly thereafter, several newspapers reported on the hysteria in Turkey and continued to spread the story throughout the week.

Alas, the UFO flap was later determined to be an elaborate fake orchestrated by a group of online hoaxers.

According to an investigation by researcher Scott Brando, the pranksters worked together to essentially flood social media with the Turkish UFO tale.

In fact, Brando was able to identify a number of the pictures and videos from the 'ongoing invasion' as being from old cases that had floated around online for years.

Once the mischievous trap had been set, the group then simply sat back in amusement and watched the ravenous UFO research community take the bait which it quickly did.

As anyone who has been fooled by fake stories about a celebrity death can tell you, the tactic often works to perfection.

Although in this case, the UFOs did not have a publicist to issue a statement denying the rumors and so the 'invasion' took hold.

In the annals of hoaxes, the scheme probably deserves some credit for being able to harness social media and use it to further a wholly fabricated paranormal event.

That said, the true kudos should really go to Brando, who was sharp enough to quickly spot the scenario unfolding and thus was able to mitigate most of the proverbial damage that could be done by the hoax.

It's not everyday you can say you thwarted an alien invasion, but in this case it appears that's just what he did.

Coast Insiders looking to learn more about real Turkish UFO events can check out the late Dr. Roger Leir discussing a fascinating case from the country on the 3/31/2013 edition of the program.