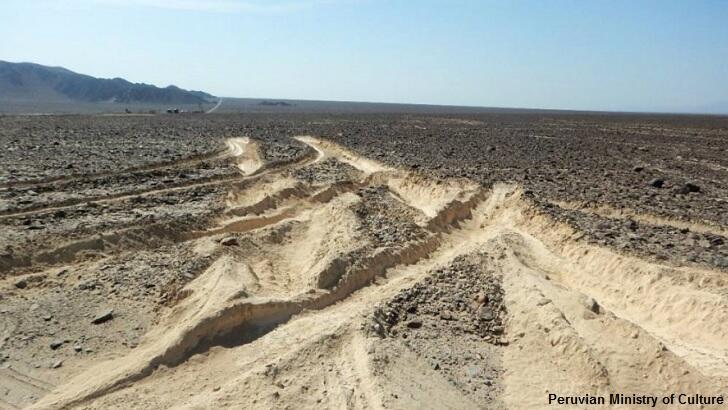 A Peruvian truck driver is in hot water after taking a destructive detour with his tractor-trailer and driving over the Nazca Lines.

Despite numerous signs along the highway that crosses through the 2,000-year-old site, Jainer Jesus Flores Vigo steered off the road and rumbled atop three of the famed geoglyphs.

Authorities say that the incident caused significant damage to the unfortunate portions of the designs that were under the truck as deep tire impressions were left by the monstrous vehicle.

Why, exactly, Vigo made the wrong turn remains unclear as authorities initially arrested him with plans to charge him for the "attack against cultural heritage."

However, he was subsequently released when a judge ruled that the evidence in the case suggests that the misadventure was merely a mistake.

Nonetheless, Peruvian officials plan to challenge that decision and continue pursuing charges against the trucker who may want to invest in a good GPS device so that this sort of thing doesn't happen again in the future.