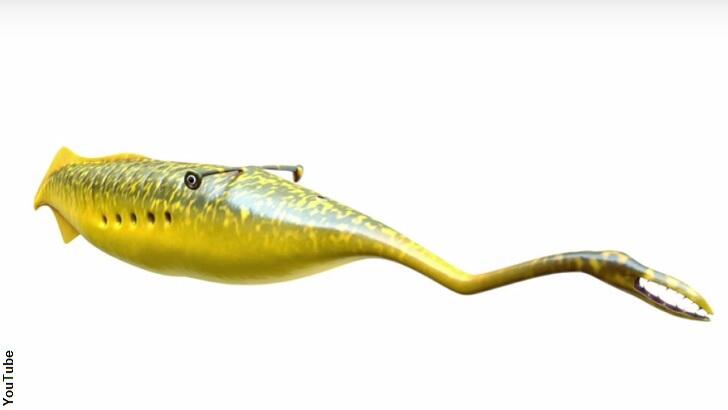 Thought to have been solved last year, the mystery surrounding Illinois' vexing 'Tully Monster' appears to be renewed thanks to a new study on the infamous fossilized creature.

The odd ancient animal has vexed scientists for decades after its solidified remains were found in a cave during the 1950's and then thousands more of the 'monsters' were subsequently discovered in the region.

Despite the plethora of samples, identifying the exact nature of the creature proved to be impossible for researchers.

Over time, the 'Tully Monster' developed a cult following in Illinois, garnering the coveted title of 'official state fossil' among other accolades and attention.

The tale of the Tully Monster appeared to culminate last March when a pair of studies each proclaimed that they had deciphered the identity of the animal and pegged it to be a type of lamprey.

Due to its bizarre appearance, colorful moniker, and mysterious nature, the news that the Tully Monster had finally been 'taken down' made headlines in early 2016.

However, researchers looking at the findings from last year have called into question the conclusions of the papers and say that the creature could not have been a lamprey.

In a devastating peer review, the scientists dissected the basis for the lamprey theory and found several flaws which cast doubt on the animal being the Tully Monster.

Unfortunately, their study merely upended last year's lamprey news and did not offer any alternative explanation for what the creature could have been.

So, in a development worthy of its horror film name, the Tully Monster seems to have returned to haunt the curious minds of scientists once again.

A look at last year's findings and what once was thought to be the answer to the Tully Monster mystery: