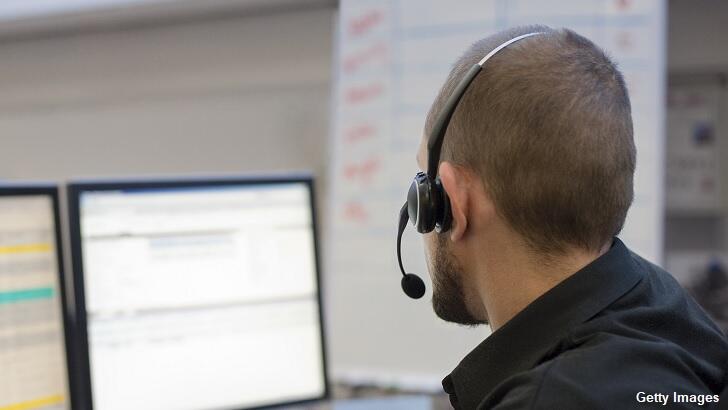 An Ohio man who lost his temper with a telemarketer wound up regretting it shortly thereafter when the person calling his house subsequently phoned the police pretending to be him confessing to a murder! According to a local media report, the bizarre incident occurred on Monday afternoon as John Karas was working around his house in the city of Marietta. Over the course of the day, he had grown increasingly annoyed by calls from telemarketers and declared that "the next person that calls, I’m gonna really let 'em have it."

True to his word, Karas did just that when someone rang his house with another 'can't miss offer' and was promptly lambasted by the irritated homeowner. However, whatever satisfaction the he got from repudiating the telemarketer was short-lived as they apparently decided to seek a rather sinister form of revenge on him. The person who called his home proceeded to phone the Marietta police department using some kind of spoofing technology displaying Karas' phone number and they had a rather chilling message for the cops.

"Sir, my name is John Karas," the person said, "I am calling to surrender myself, because I just killed my wife." As one might imagine, the report drew considerable concern from the police, who dispatched officers to investigate the situation. Upon their arrival, Karas attempted to explain that his wife was fine, but the cops opted to err on the side of caution and actually forced him to exit his home at gunpoint and handcuffed him while they got to the bottom of the odd call.

Once it was clear that his wife was perfectly fine, it was soon determined that he had been framed by the telemarketer whom he had yelled at earlier. "Scared the living heck out of me," the shaken homeowner recalled, "but it was what they had to do." Unfortunately, since the call that was made to police was spoofing Karas' phone number, it is unlikely that the authorities will be able to determine who was behind the unsettling incident.

In the first half, Ian Punnett (Twitter) hosts overnight paranormal radio legend, Terry Carnation, discussing his recent troubles with a former intern and a potential blackmail scheme from beyond the grave! Then, rock legend Billy Gibbons of ZZ...