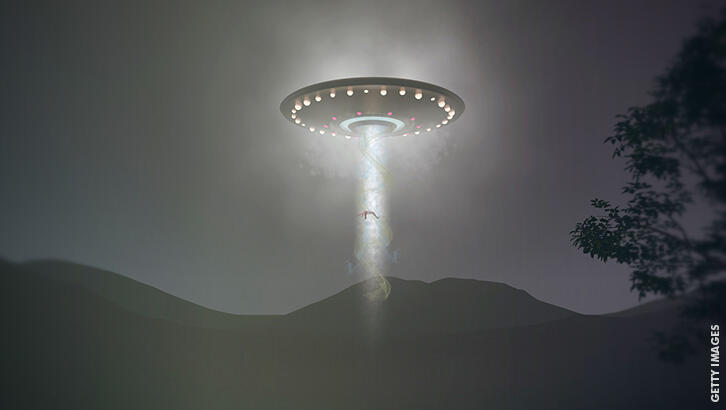 Two separate individuals in Mississippi have reportedly come forward with claims that they witnessed a UFO on the night of the legendary Pascagoula abduction incident in October of 1973. The iconic case saw two men, Charles Hickson and Calvin Parker, allegedly taken aboard an ET craft against their will and subjected to some kind of medical examination. The testimony of the two purported abductees was so compelling that it became a sensation in the world of UFO research and garnered considerable attention from the media.

In the decades since the incident took place, the event was largely consigned to UFO lore until, after staying silent for years, Parker wrote a book about his experience in 2018 and resumed giving interviews about what happened to him. Since then, the Pascagoula case has undergone a remarkable renaissance with renewed interest in the story from both the media and the local community, culminating last month when a historical marker commemorating the event was unveiled on the shore of the river where the encounter was said to have taken place.

A pleasant byproduct of this Pascagoula revival appears to be that it has led to the emergence of previously silent witnesses to the event. Back in March, three people revealed that they had also seen something strange that October night and now two more individuals are echoing their experience. Joey Nelson told the Clarion Ledger that he and a pair of friends were in the area at around the same time that the incident took place and seemingly saw the UFO which picked up Parker and Hickson.

According to Nelson, the trio were around 10 miles outside of Pascagoula that night when they spotted "a big orb of light up in the air" which appeared to dispatch a smaller glowing ball that descended down towards their car. The group were "mesmerized" as they watched it approach and Nelson noted that it was "flashing and clicking" as well as making sounds which gave the impression that the craft was taking pictures. After about 10 minutes, the smaller orb departed at incredible speed and its larger companion was also gone.

That same night, Rosey Nail was in northern Mississippi when she saw what she initially thought was a falling star until the oddity began moving erratically in the sky and discharged a ball of light. The orb, she said, grew brighter and changed colors as it descended. Venturing into her backyard to get a better look at the amazing scene, Nail recalled being overcome with fear. "I was terrified," she remembered, "I don't know what I was terrified about." Eventually, the ball of light ascended back up into the sky and rejoined the larger UFO which subsequently flew away.

Not only are both witnesses' stories remarkably similar, so are their explanations keeping quiet about their experiences for all these years. Nelson says that he and his friends discussed the sighting among themselves, but were put off from telling anyone else due to the ridicule which fell upon Parker and Hickson from the public and the media. "Other people would have thought you were an idiot," Nelson lamented. Meanwhile, Nail was also fearful of coming forward for the very same reason. "Everybody was laughing and making fun of those guys," Nail said of the two men at the center of the legendary case.

The reasoning given by both Nelson and Nail is an unfortunate testament to the power of the ridicule factor when it comes to whether or not one decides to report a UFO sighting. And, whether intentional or not, Parker and Hickson clearly wound up being prime examples of the pitfalls which can occur should someone reveal their experience. To that end, Coast Insiders can learn more about the Pascagoula Incident and how it impacted Calvin Parker's life by checking out his 8/26/2018 appearance on the program. Not a Coast Insider yet? Sign up today.