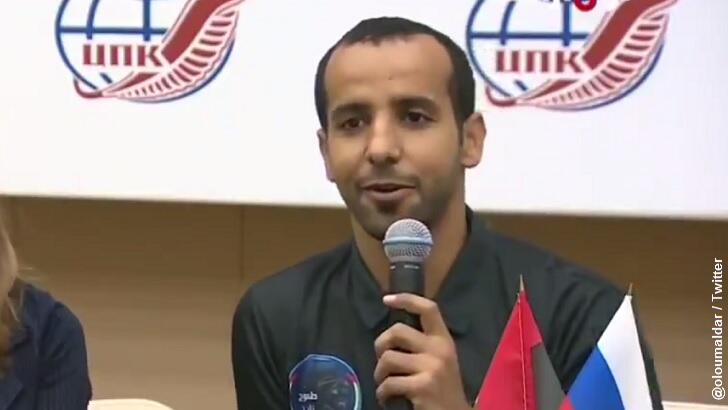 An astronaut who recently made history by becoming the first spacefarer from the United Arab Emirates was asked by one curious reporter upon his return to Earth to confirm that the planet is really round and not flat. The odd question reportedly came during a press conference in Moscow yesterday in which Hazza Al Mansouri discussed his recent eight-day journey to the International Space Station.

The queries posed by the reporters in attendance largely focused on what the experience of traveling in space was like and the historical significance of his mission. However, in a moment that one is unlikely to see at a NASA press conference, Al Mansouri was also asked, based on his observations from the ISS, whether the Earth is flat or spherical. The question clearly caught the astronaut by surprise and he let out a chuckle when he heard the odd inquiry.

For the record, Al Mansouri's response was rather definitive as he confirmed that "it is a sphere. I have seen it with my eyes so I can tell you this myself." While it's hard to gauge how his answer was received by people in the UAE, one news outlet described the question as "controversial" and a clip of Al Mansouri refuting the Flat Earth theory in Arabic was shared widely on social media. At the very least, the question is indicative of how the much-maligned conspiracy theory has, ironically, become a global phenomenon in recent years and apparently even has followers in the UAE.