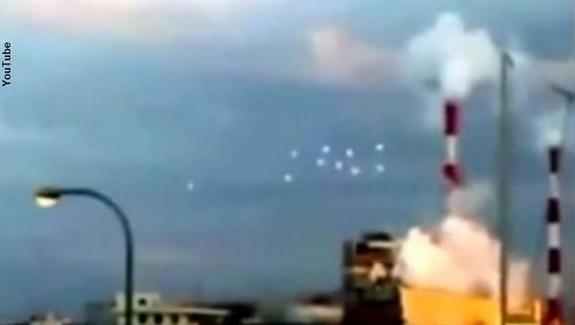 An intriguing new video of ten strange round objects seemingly floating in the skies of Osaka, Japan has become the latest viral sensation for UFO enthusiasts. The eerie film has also captured the imagination of the Japanese populace as TV stations have begun airing the bewildering video on their broadcasts. As is the case with most modern UFO footage, debate over the nature of the objects has been polarized, with skeptics contending that they are merely balloons while 'true believers' see the film as yet another piece of evidence confirming the reality of the UFO phenomenon. More on the story here.