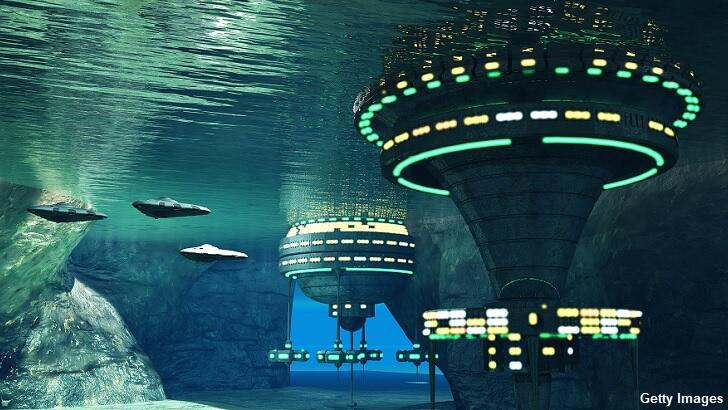 A UFO research organization in Mexico claims that a region of the country has been protected from hurricanes for the last 50 years thanks to a secret alien base. The bizarre assertion was reportedly made by the Association of Scientific UFO Research of Tamaulipas, also known as 'Aicot,' According to the group, at some point after Hurricane Inez struck the area in 1966, an extraterrestrial race established an underwater hub, which prevents such storms from reaching land, off the coast of Mexico near the cities of Ciudad Madero and Tampico.

Despite the fact that UFO enthusiasts who subscribe to the strange idea have gone so far as to give the base a name (Amupac), the specifics surrounding the alleged alien hideout are somewhat hard to decipher as the tale has many permutations. Some say that the base is interdimensional, while others contend that simply believing in the base is what has created the 'power' to repel the storms. One particularly wild rumor which has been attached to Amupac is that it is not a base at all and, instead, is some kind of hurricane-stopping device which was given to the Mexican government by extraterrestrial visitors.

As one might imagine, meteorologists and climate scientists are rather skeptical of the idea that the region is protected from hurricanes by an underwater alien base. On the contrary, they argue that the area is simply less likely to be hit by the mighty storms due to general atmospheric conditions. Be that as it may, it stands to reason that another hurricane will eventually make landfall in the region and, should that occur, Aicot members will likely be forced to come up with what will undoubtedly be a fantastic explanation for why the alien base failed to protect them.