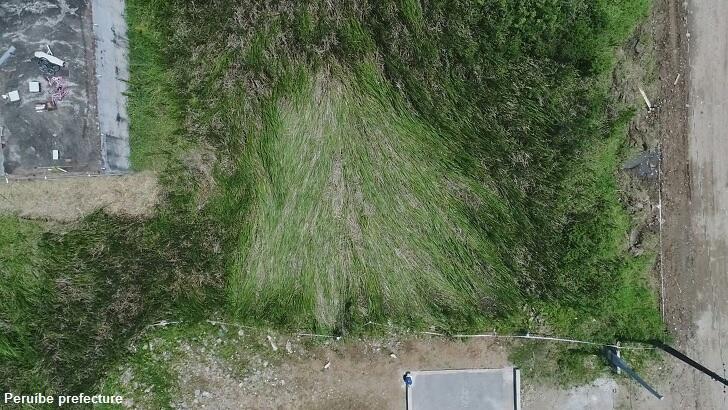 An odd incident in Brazil earlier this month has spawned speculation that a UFO may have landed and left behind a massive marking in a field.

The strangeness began on the morning of October 7th when numerous residents in the city of Peruibe spotted an unexplained light in the sky.

What makes this otherwise-average UFO sighting something seemingly extraordinary is that a massive swath of pressed-down vegetation was subsequently discovered in someone's backyard.

Akin to a crop circle, albeit one created by an alien with zero artistic ability or imagination, the bizarre patch measures around 42 feet long and 3 feet wide.

As one can imagine, the weird event has caused somewhat of a sensation in the city as officials have condoned off the area in question and a seasoned UFO investigator, Saga Susseliton Souza, is looking into the case.

Talking to the Brazilian media outlet Globo, the ufologist was rather definitive in his assessment of the case, despite it being incredibly early in the investigation.

"We already noticed that it was something that was not made by a human. It was a UFO," Souza declared.

Despite finally leaving the scene on the 19th of October, it would appear that government officials have yet to make any statement about the incident.

Souza and his colleagues say that they are continuing their research into the potential UFO landing, so hopefully more information about this tantalizing case will emerge over time.