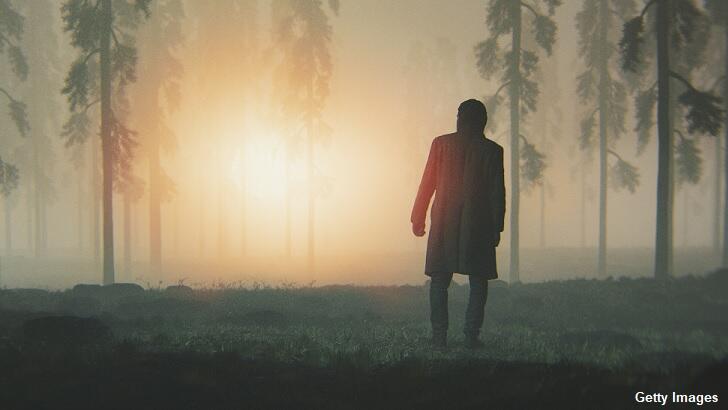 A man in Zimbabwe wound up needing medical attention following a UFO sighting which was so unsettling that he actually fell from his motorcycle in fright. The weird incident reportedly occurred last Friday evening in the town of Chipinge as Richman Myambo was en route to his home at around 9 o'clock in the evening. The journey took a strange turn when he noticed an inexplicable object in the sky that he likened to "a rocket with fire on its back."

Despite doing his best to ignore the oddity and simply focus on getting home safely, the UFO suddenly emitted a "deafening sound" that shook Myambo to such a degree that he was sent careening off of his motorcycle to the ground in a panic and, in the process, badly injuring his leg. Looking back on the encounter, the man indicated that, in the moment, he was certain that he was about to die. Of course, Myambo survived the strange sighting and is currently recovering from the fall in the hospital.

While his account may sound like the kind of fantastic story one might tell in order to save face after an embarrassing accident, it would appear that Myambo was not the only witness to the UFO that evening. In fact, multiple residents of Chipinge reported seeing something strange in the sky which behaved in the manner described by the injured man. One observer marveled that the object resembled "a star headed eastwards" and that it unleashed a "frightening explosion-like sound" akin to thunder.

Amazingly, another witness revealed that he saw the object swiftly descend from the sky and seemingly explode upon hitting the ground with a "huge thud." Although meteorologists in Zimbabwe have confirmed that multiple people reported seeing something unusual in the sky that night, they have thus far failed to provide an explanation for the odd event. While some might speculate that perhaps the event was some kind of UFO crash, a more plausible explanation may be that the witnesses saw an incoming meteor burning up in the Earth's atmosphere. As of now, however, the case remains a mystery.