Home > Articles > UK Woman Says Bruises Are Evidence of Her 52 Alien Abductions
May 9, 2021 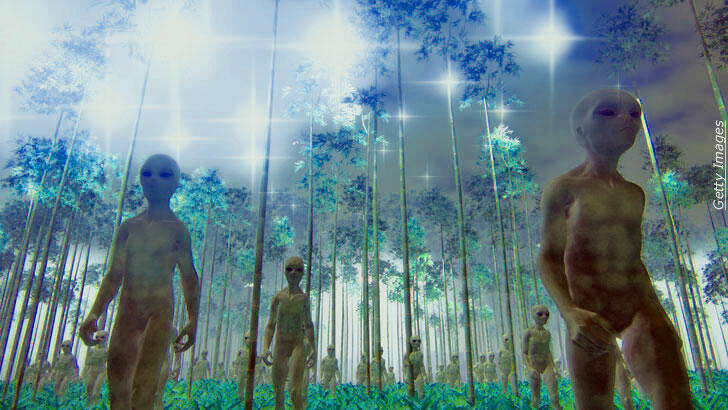 UK Woman Says Bruises Are Evidence of Her 52 Alien Abductions

Victims of traumatic events sometimes report being scarred by their experiences, but according to one British woman, her multiple close encounters with aliens left bruises. Paula Smith of Bradford, England, now 50, claimed her abductions by aliens began when she was six years old, and that she's had "52 paranormal incidents" since then, including numerous abductions. Photographs of what appear to be unusual bruising on her arms, she said, are evidence of recent handling by her captors.

As frequent as her alien encounters have been, Smith sees no pattern as to when the abductions are about to occur. "There’s no warning and I can’t sense anything is going to happen. It just happens. All I can do is carry on as normal, otherwise I’d go crazy,” she's quoted as saying. Her abductions have entailed being taken aboard alien spacecraft, where, she said, she was given a sneak preview of technologies not yet discovered on our own planet. Some of the images she was shown by her abductors also predicted the Earth's environmental destruction, caused by human greed, she recalled.

Until now, Smith has been careful not to share the story of her abductions too widely because of the skeptical reactions she would expect; she conceded that her experiences seem hard to believe. She did say, however, that as far-fetched as her accounts of alien encounters may sound, "There are thousands, if not millions of people like me out there who have similar experiences."