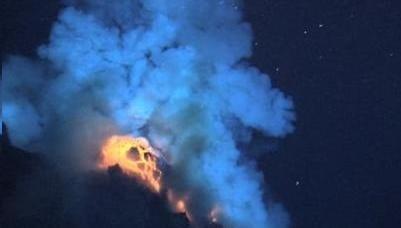 While this image looks like something you would expect to see in deep space, it is actually from a recently released video of an underwater volcano erupting on the Pacific Ocean floor. Captured by a remote-controlled submarine, the event, which took place 4,000 feet beneath the surface, is believed to be the deepest such volcanic event ever witnessed or filmed. More on the story here.