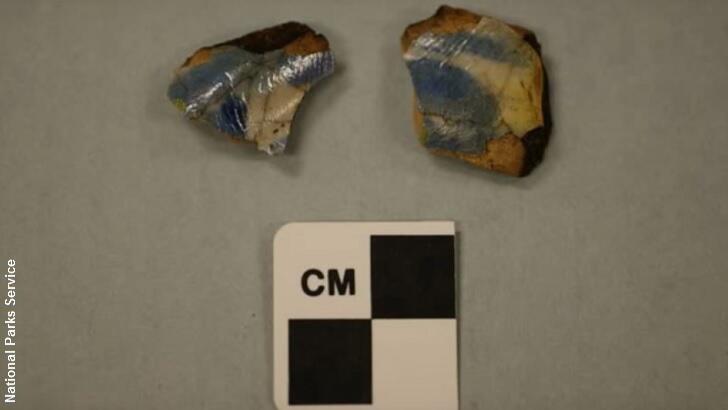 Unearthed Pottery May Be From Lost Colony

Archaeologists in North Carolina have discovered remnants of pottery that may have come from the legendary lost settlement of Roanoke.

The two remarkably small ceramic fragments appear to be decorated and experts suggest they came from a medicine-mixing jar.

Based on where the pottery was found as well as the specific style of the pieces, one expert expressed certainty that they came from the 'lost colony.'

The Colony of Roanoke infamously vanished during the initial English settlement of the 'new world' and has proven to be one of histories most enduring mysteries.

Theories abound as to what became of the settlers who were nowhere to be found when their English compatriots arrived in America to join them.

And while the discovery of the potential Roanoke pottery will likely do little to provide insight into their ultimate fate, perhaps it is a chilling message from the lost souls of the lost colony that their tale still yearns for answers.

Coast Insiders looking to learn more about the lost colony of Roanoke can check out historian Nicholas Belardes' appearance on the 5/23/2014 edition of the program.