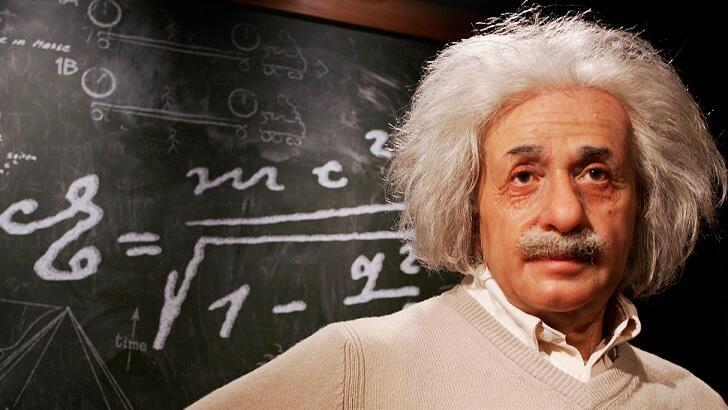 In a recently unearthed recording of an interview conducted nearly 30 years ago, a former assistant to Albert Einstein alleges that the famed scientist was enlisted to examine the Roswell wreckage, including the ET occupants of the downed craft. UFO researcher Anthony Bragalia uncovered the remarkable revelation when he tracked down ufologist Sheila Franklin, who interviewed Dr. Shirley Wright in 1993 about her time working with Einstein in the summer of 1947. As luck would have it, Franklin still had the tapes from her conversation with the former assistant and what she told the researcher was nothing short of stunning.

According to Wright, she accompanied Einstein to what had been dubbed a "crisis conference" that was hastily held in July of 1947 at a remote army airbase in the American southwest. Upon their arrival, the duo entered a hangar that was under heavy security and, when they entered the building, they discovered that it contained a rather curious craft that appeared to have sustained significant damage. "It was disc-shaped, sort of concave," Wright recalled, "its size stood up to one-fourth of the hangar floor." While her response to the strange scene was one of "wonderment, half curiosity and maybe half fear," she said that Einstein was "not disturbed at all" and, instead, was primarily concerned with what sort of insights about propulsion and the universe could be gleaned from the vehicle.

The strange event took an even weirder turn, Wright claimed, when the pair were then presented with the bodies of five nearly indistinguishable beings that had apparently been aboard the craft. The scientist's former assistant observed that they "were about five feet tall, without hair, with big heads and enormous dark eyes, and their skin was gray with a slight greenish tinge, but for the most part their bodies were not exposed, being dressed in tight-fitting suits." The duo were then taken to another area where there was a still-living being that was struggling to stay alive and making strange sounds, but no coherent words or communication.

Shortly thereafter, Wright told Franklin, she and Einstein were ushered away from the base and the famed scientist was tasked with writing a report about the event while "I was just told to keep my mouth shut." It would appear that she did just that, keeping the story a secret until 1993, when she finally felt an obligation to reveal it to the world. Alas, Wright passed away in 2015 and the decades-old recording appears to be her only telling of the jaw-dropping experience. Attempts to determine Einstein's whereabouts at the time that the "crisis conference" was held have, so far, proven futile as archivists have been unable to produce his exact schedule from the time period in question.