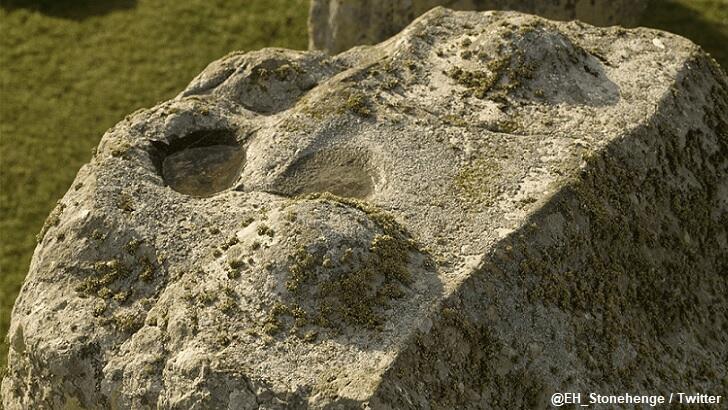 A fascinating aerial photograph of an upright stone at Stonehenge reveals that the monument was constructed in a manner similar to Lego building blocks. Posted by the official Twitter account of the ancient and mysterious megalith, the image shows the top of what is known as a sarsen stone, which are the standing rocks that form the circular shape of the site. From this perspective, one can see a pair of round protrusions as well as similarly spherical indentations.

Those features on the rock, the administrators of the site explain, allowed for the corresponding stone which sat atop the pillars to lock into place. It is believed that this technique is what allowed for the site to survive relatively intact for thousands of years. Making Stonehenge all the more impressive, it would appear that the construction method was fairly unique when it comes to ancient megalithic sites as experts have rarely seen the tactic used at other stone monuments.

Historians at Stonehenge speculate that there were probably contemporaneous wooden structures that also used the building technique. "They don't survive because they have rotted away," explained Susan Greaney of the group English Heritage, which oversees the site, "Stonehenge is the only one we have with this sort of working and shaping. It's exactly like Lego." To that end, the tweet from the monument's account caught the attention of the toy company, who jokingly responded "ah, where it all began."