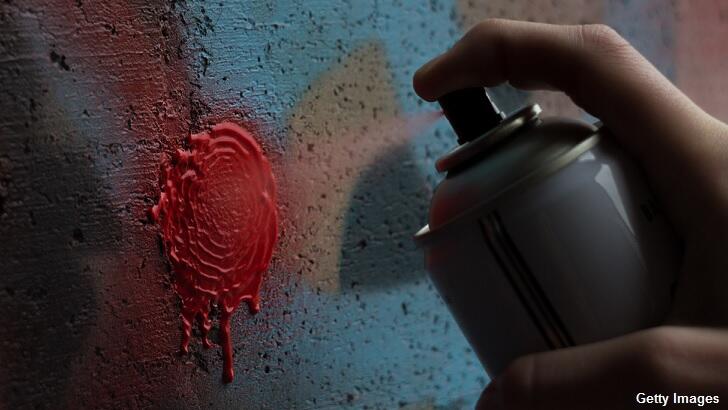 Residents of a town in England are divided over a seemingly well-meaning, but misguided individual who has been spray painting positive messages throughout the community. The odd graffiti, which implores people to 'Help Others,' has reportedly appeared on all manner of surfaces in the town of Trowbridge. The positive nature of the mysterious campaign has caused something of a debate online among residents who are either irritated by the vandalism or appreciative of the altruistic suggestion.

"If every person in this town took to spraying messages about what they believe, then Trowbridge would look even more like a toddler's coloring book," declared one irritated member of the community, "the more attention this graffiti clown gets, the more they will carry on." Conversely, others have expressed support for the 'artist,' with one resident marveling in a discussion about the graffiti on Facebook that "I saw one of these the other day and it made me smile. The nicest graffiti I've seen in the area!"

For their part, authorities in the town are not too thrilled with the individual who has been dubbed the 'Trowbridge Banksy' by some. "While the messaging of this graffiti may be largely positive," a police spokesperson said, "we would not encourage this type of criminal damage." Meanwhile, a local official raised a rather interesting and somewhat paradoxical point when they noted that by spray painting the messages in public areas, the creator of the campaign was actually hurting others because the town has to spend money to remove the graffiti.