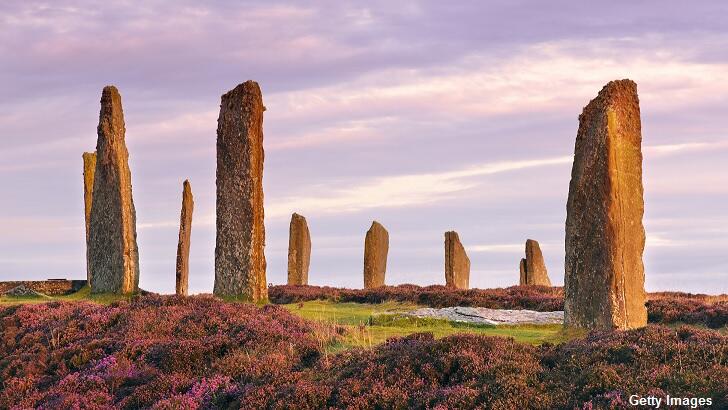 Authorities in Scotland were aghast upon discovering that ne'er-do-wells had recently vandalized an ancient stone monument that is considered almost sacred in the country. The unfortunate incident at the Ring of Brodgar reportedly took place around ten days ago when some miscreants visiting the 4,500-year-old site apparently decided that they wanted more than a selfie at the historic landmark and, instead, opted to scrawl a series of letters into one of the rocks. The graffiti was subsequently noticed by workers at the monument who promptly reported the damage to police.

"The stones at the Ring of Brodgar are priceless historical artifacts," said a Scottish police official, "and the damage caused cannot simply be estimated in monetary terms." Musing that the vandalism was "a particularly mindless act," he called on anyone who was at the location during the weekend in question to contact the authorities if they recall seeing anything out of the ordinary at the time. One possible clue to the case may be contained in the writing itself as, in one photo released by the police, the letters seem to spell the word or name 'Slakki.' So if anyone in Scotland knows someone who goes by the moniker Slakki, they may want to get in touch with the cops.

The Ring of Brogdar is part of a larger Unesco World Heritage site known as the Heart of Neolithic Orkney which consists of an array of ancient stone structures and Neolithic ruins. The circle itself once consisted of 60 massive stones, although only 36 of the rocks currently remain at the location. Covering a whopping 91,000 square feet, the ring is the third-largest such monument in the UK and has been a beloved part of Scottish culture for centuries. With such a storied history, one assumes that, should they be caught, Slakki and company will likely face a stiff penalty for their misbehavior at the monument.