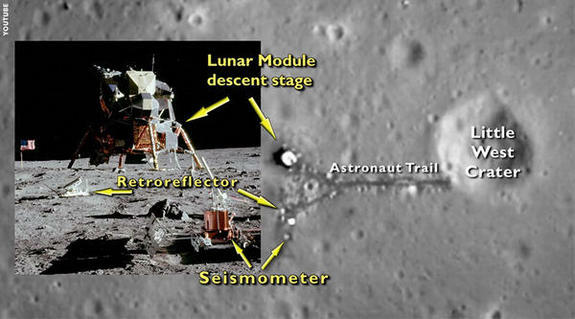 Forty-five years ago, on July 20, 1969, the Apollo 11 Lunar Module (LM) touched down on the surface of the Moon. On the eve of this anniversary, NASA has released a new look at the Apollo 11 landing site created using data from the Lunar Reconnaissance Orbiter. The new imagery shows the area's terrain in three dimensions. One can also see the LM, various scientific equipment, and the trails created by the astronauts' boots. Check out the video here.