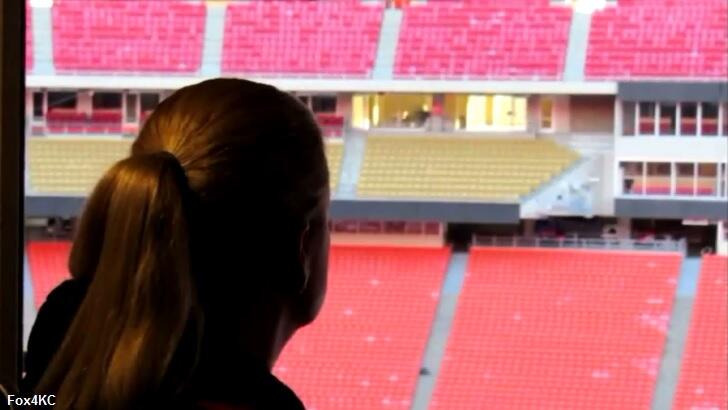 A pair of football fans fed up with their favorite team's futility in the playoffs enlisted a psychic medium to cleanse their home stadium of negative energy. According to a local media report, the odd endeavor was the work of two Kansas City Chiefs devotees who run a website dedicated to the team. In anticipation of this coming weekend's showdown between the Chiefs and the Indianapolis Colts, the duo journeyed to Arrowhead Stadium in Kansas City, where the game will be played, and took a tour of the facility alongside psychic medium and 'bioenergy healer' Vicky Millard.

During their excursion, Millard purportedly had a number of paranormal experiences at the stadium which, she believes, may explain why the team has been notoriously unlucky in the playoffs. Chiefly among them was an alleged encounter with the ghost of Hank Stram, who had coached the team to a Super Bowl win in 1970, but was unceremoniously fired four years later. Upon his passing in 2005, Millard said, the previously disgruntled coach made amends with the team and returned to the sidelines in spirit form with the hopes of helping them to achieve victory.

While skeptical observers may attribute the psychic's insight to foreknowledge of the team's past coaching drama, another incident during the visit suggests that she very well may have been getting messages from the 'other side.' As the tour group was walking through the stands, Millard suddenly felt a pain in her right leg and noted that there was some significance to the fact that they were in section 111. It was then that one of the fans marveled that his father had died this past November 1st and had actually had his right leg amputated earlier in his life.

Capping off the visit, Millard psychically blessed the stadium and eradicated any curses that may have been lingering over the facility. She also advised fans to show more appreciation for the departed Stram so that he would feel compelled to tip the scales in the team's favor from the 'other side' during the playoffs. It remains to be seen whether or not the medium's machinations will prove successful, but should the Chiefs wind up scoring by way of a bizarre fluke, she's probably permitted to perform her own touchdown dance.