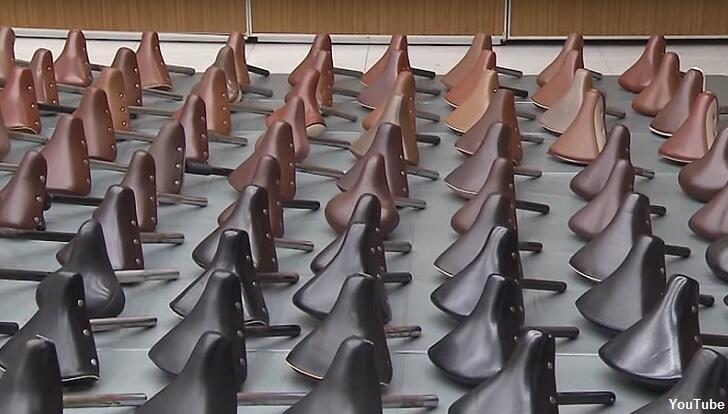 In a bizarre story out of Japan, authorities in Toyko arrested a man who stole a whopping 159 bicycle seats as part of a truly strange quest for revenge. The weird saga reportedly began a few months ago when Akio Hatori discovered that some ne'er-do-well had stolen the seat from his bike. His surprising reaction to the incident is somewhat akin to the origin story of a supervillain as, rather than attempt to thwart such nefarious deeds, the angry man decided to become a bike seat thief himself.

Over the ensuing weeks, Hatori roamed the streets of Toyko stealing seats from bicycles throughout the city. His epic crime spree came to an end when a security camera filmed him in the midst of one of his capers and authorities noticed that the basket on his bike contained an inordinate amount of detached seats. A subsequent search of Hatori's home revealed that he had apparently stolen a jaw-dropping 159 bicycle seats over the course of his short-lived criminal career.

Perhaps the only thing weirder than the thefts themselves may have been Hatori's reasoning committing them. "I wanted other people to feel what I had gone through," he ruefully explained, "and I stole the seats as a form of revenge." Hatori's odd attempt at getting back at a society that spawned such senseless thievery would be hard to believe were it not for the fact that police in Tokyo announced his arrest by showcasing the man's massive collection of ill-gotten bicycle seats at a press conference.