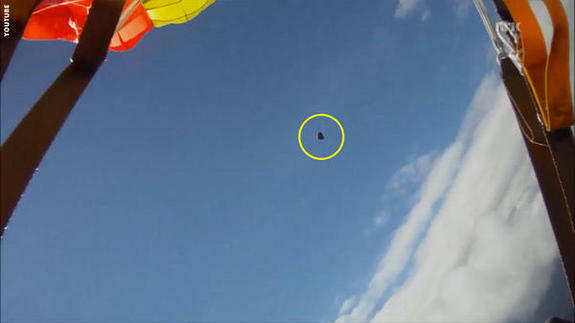 A Norwegian skydiver captured the unbelievable moment he was nearly hit by a meteorite as it fell to Earth. The amazing footage shows the apparent space rock hurtle past Anders Helstrup at 300mph just moments after he deployed his parachute. According to geologist Hans Amundsen, the falling object was definitely a meteorite in 'dark flight,' the stage when it ceases to glow. "It has never happened before that a meteorite has been filmed during dark flight; this is the first time in world history," Amundsen said. Check it out here.