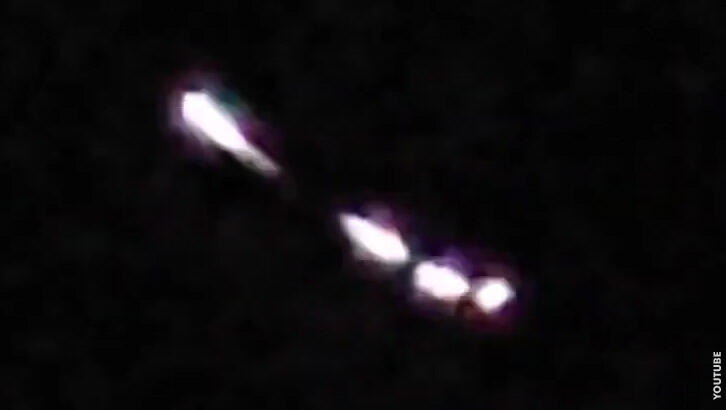 Over the last couple of months a series of snake-like UFOs have been seen in the skies across the United States. YouTuber Cody Kennedy posted the first such sighting last month taken of a flashing light over the Mojave Desert. A couple of weeks after, Blake Cousins shared footage of a similar object flying over Colorado, then later uploaded another clip of the mysterious craft in the skies above Washington. According to Cousins the footage shows a military vehicle based on reverse-engineered technology. "When you look at the plasmic display on some of these things, possible it is reverse-engineered," he said, noting it could be part of the United States Space Force.