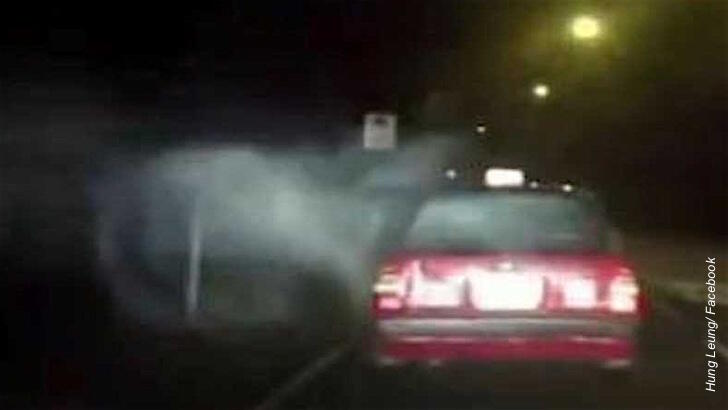 Malaysian news source The Sun Daily has published a strange video of what appears to be a ghostly fog suddenly appearing on a road at night.

The video was captured by a dashboard cam of a car following a taxi on a narrow road. There is a flash, and for a split-second, a strange blast of what appears to be an extremely localized fog appears to the left of the cab. The cab swerves off the road to the right and collides (or nearly collides) with a tree.

The light makes the fog more visible, as if a flashlight panned quickly across the road, which may be a coincidence or an indication of a hoax.

Story and video can be seen here.

Joshua Shapiro joined guest host Richard Syrett to delve into the mysteries of crystal skulls. The second half of the program featured Open Lines.