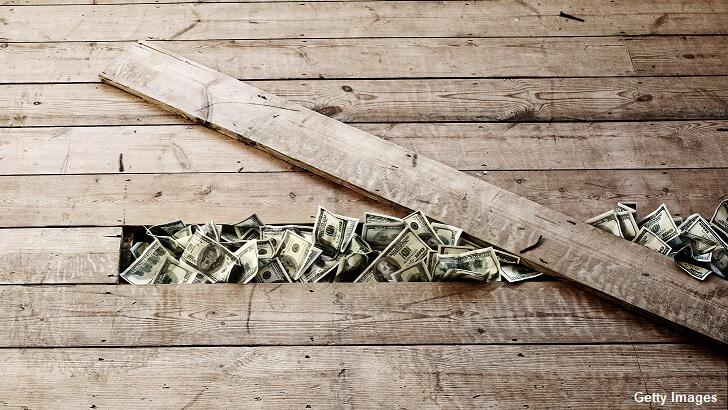 A treasure hunter out of Connecticut is taking a well-deserved victory lap after locating a sizeable sum of cash that had been hidden in a Massachusetts home. According to a local media report, a woman sought to put to rest longstanding rumors that her aunt and uncle, who had previously owned the house, had stashed some money within the residence. The tale had circulated among her family for decades, but attempts to find the reputed riches repeatedly came up short. Planning to sell the home, the woman enlisted treasure hunter Keith Wille to make one last-ditch effort to find the apocryphal loot before the house goes on the market.

With the only clue being that the money was believed to be secreted away in the attic, Wille set about investigating the location, looking for odd spots in the floorboards and wielding a metal detector. In a little under an hour, the treasure hunter was able to pull off what a team of carpenters and countless members of the family had been unable to do for years as he zeroed in on an area that piqued his interest and, using an endoscopic camera to peer beneath the wood, spotted a metal cashbox. Upon removing the floorboards and procuring the container, Wille and the family were amazed to discover that it contained a staggering $46,000 in cash.

Dates on the bills range from 1934 to 1958, suggesting that the cash had been sometime shortly after the latter year. Wille theorized that it may have been hidden rather than put in a bank because of lingering doubts in such financial institutions due to the Great Depression. For the family, the recovery of the money represents more than just a big windfall as it also finally settles any doubts about the veracity of the hidden treasure tale. "You believe it’s true, but you don’t really know if it’s true," the woman marveled to a Connecticut TV station, "I’m just glad it was finally found." As of now, the family has not decided what to do with the newfound money, but one presumes that Wille got a nice cut of the loot.