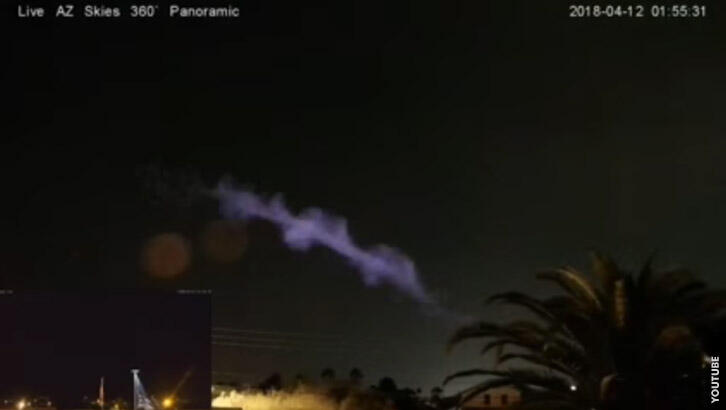 Video uploaded to YouTube earlier this week is getting attention for showing what appears to be multiple UFOs and strange purple beams of light in the skies over Arizona.

The footage indicates it was recorded at various times from April 11-12, 2018, on a panoramic 360-degree live camera feed.

Several commenters are convinced the video shows evidence of extraterrestrial visitation, while others think the beams are part of a clandestine HAARP project.