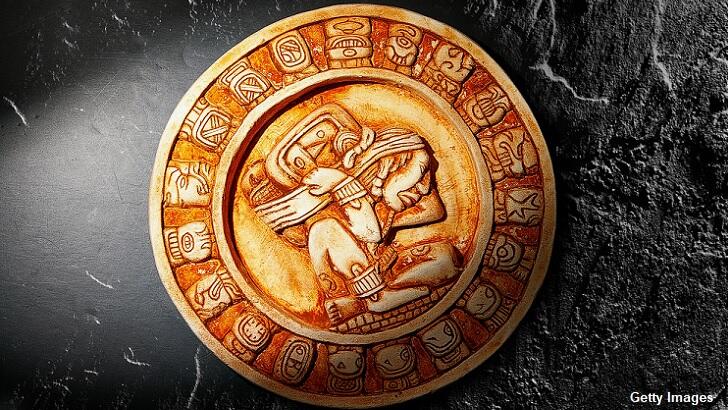 A strange new theory circulating online argues that the Mayan Calendar did not actually come to an end eight years ago and, in fact, is actually set to conclude next week. For those who may have missed the mania that enveloped the esoteric community at the turn of the century, the end of the Mayan calendar was a doomsday theory which suggested that the world was going to end on December 21st, 2012. In the years leading up to that date, the concept spawned a veritable cottage industry of books, movies, and TV specials along with all manner of speculation about what would happen when the big moment arrived.

As one has likely surmised, the doomsday warning was ultimately relegated to the dustbin of weird history after 12/21/12 unfolded and the world did not end. However, like a horror movie villain appearing after seemingly being vanquished, the idea that the end of the Mayan calendar will usher in Armageddon has been reborn thanks to an odd theory that recently popped up online and captured the imagination of people online and the mainstream media.

In a series of reportedly since-deleted series of tweets, an individual named Paolo Tagaloguin is said to have written that "following the Julian Calendar, we are technically in 2012. The number of days lost in a year due to the shift into Gregorian Calendar is 11 days. For 268 years using the Gregorian Calendar (1752-2020) times 11 days = 2,948 days. 2,948 days / 365 days (per year) = 8 years." A bit of back-of-the-envelope math applied to Tagaloguin's theory finds that the end of the Mayan Calendar of 12/21/12 should then actually be this coming Sunday, 6/21/20.

With all that said, it's worth noting that the origin of this new Mayan Calendar theory is particularly suspect, beginning with the fact that the original Tagaloguin tweets are nowhere to be found. Additionally, the author himself appears to have disappeared from social media and boasts almost no online footprint aside from one website which seems to confirm the claim that he is a Fulbright Scholar. The eerie quiet from Tagaloguin is rather curious considering that his prediction that the world would end on Sunday has spawned headlines around the world in recent days.

This leaves one to wonder if his theory was meant as a joke that took on a life of its own and shocked him into silence or perhaps the tale of the original tweets was some kind of hoax and Paolo Tagaloguin was unwittingly used as the name for the alleged author of the foreboding message. So while we'll leave it up to you to decide whether or not to cancel your weekend plans and hunker down in a bunker, it's probably a safe bet that the 'new' end of the Mayan calendar will wind up being just like the original with a whimper and not a bang.