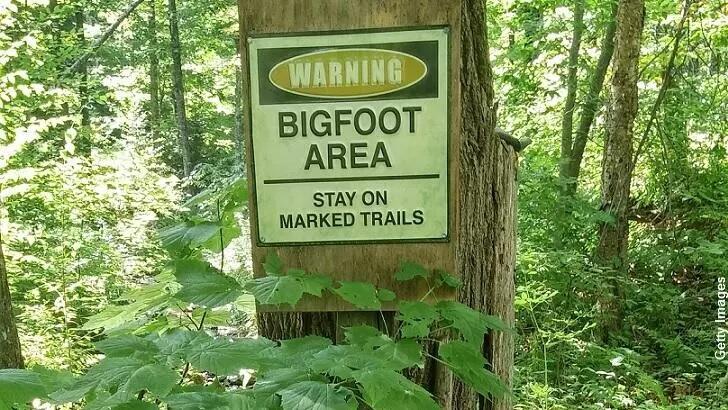 Officials in Wisconsin were forced to issue a statement squashing rumors circulating online that a Sasquatch had been spotted in a state forest. The odd turn of events reportedly began last week when an official-looking bulletin, which sported the Wisconsin Department of Natural Resources and U.S. Forest Service logos, popped up on social media. Billed as a 'Sasquatch Alert' and featuring an eye-catching drawing of the famed cryptid, the message cautioned residents about Bigfoot activity in the area.

Specifically, the faux warning indicated that Sasquatch had been spotted lurking around Kettle Moraine State Forest and officials were asking anyone who might see the legendary creature to contact rangers immediately. It also offered the sage advice that, should one have a close encounter with Bigfoot, their best response would be to slowly walk away from the bipedal beast and, if possible, snap a photograph as well as document the time and location that the sighting took place.

It would seem that the Bigfoot bulletin was convincing enough that it was soon shared far and wide online, while also prompting a number of calls to authorities about the weird notice. In response to the growing chatter about the announcement, the state's Department of Natural Resources took to Facebook and revealed to residents that "the poster is fake." Oddly enough, this is not the first time the U.S. Forest Service has been used by pranksters to fabricate a Bigfoot scare as the department debunked a similar 'Sasquatch warning' said to have come from them back in the summer of 2018.