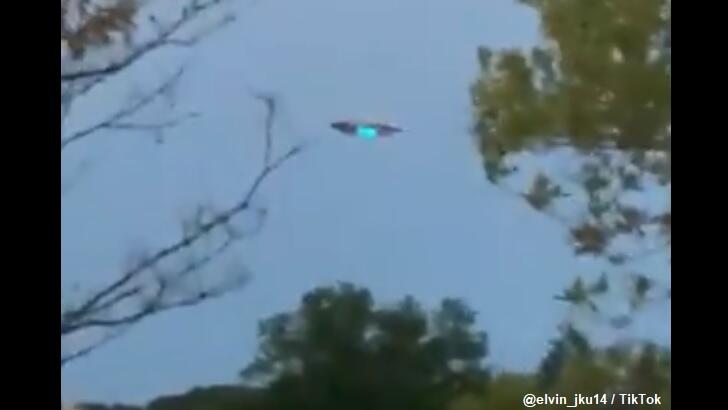 Viral 'UFO' Over New Jersey Revealed to be Goodyear Blimp

An odd UFO that was spotted by several New Jersey residents and sparked something of an 'alien panic' on social media has been identified as being merely the Goodyear Blimp. The weird 'mass sighting' reportedly occurred on Monday evening when numerous people living in the northern part of the state noticed a curious object hovering in the sky near a major highway. The sight was apparently so strange that multiple motorists stopped their cars to watch the puzzling aerial interloper and numerous people pulled out their cameras to film the oval-shape which seemed to sport a glowing base.

Social media was soon flooded with footage of the suspected alien craft with many of the videos garnered hundreds-of-thousands and, in one case, millions of views. Unsurprisingly, given the staggering nature of what the witnesses thought they were seeing, most of the accounts were peppered with profanities and concerns about an ET invasion about to unfold. Fortunately, it did not take long before cooler heads prevailed and it was determined that, in fact, the 'mothership' was actually the Goodyear Blimp headed over to MetLife Stadium for Monday Night Football.